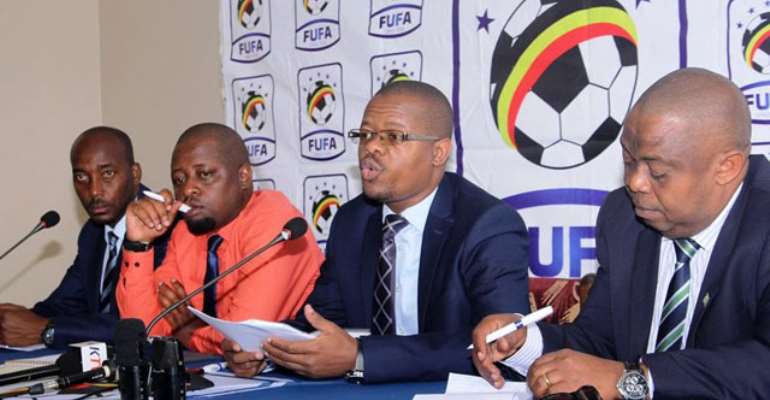 The Cranes of Uganda players on Tuesday went on strike, boycotting training in a dispute with the soccer organising body FUFA over emoluments.

However, FUFA in a statement said they have already paid out sh2 billion to the players, that is sh55 million each and there should be no reason for discontent. They added that all players signed a code of conduct before they entered camp, specifying all payments.

Cranes qualified for the round of 16 and are due to play Senegal on Friday. This is the first time Uganda makes it to the knockout stage in 41 years.

This is not the first pay dispute at this year’s AFCON. Zimbabwe, Nigeria and Cameroon players threatened to strike over unpaid bonuses.

FULL FUFA STATEMENT
On the 2nd July 2019, The Uganda Cranes did not undergo training after players opted not to despite a training programme released by the technical team.

FUFA has since engaged the players and confirmed that a complaint about emoluments as their cause of action.

The financial structure to be paid to each member of the Uganda Cranes in the Code of Conduct is as follows;

FUFA has already paid the following amounts to each member

Far and beyond the Code of Conduct, FUFA has also paid extra 2,780 USD to each player for camp morale and 300 USD for the International friendly match against Ivory Coast.

As of 2nd July 2019, each player has received up to 14,600 USD (App 55m UGX) already with more daily allowances and winning bonuses awaiting to be earned and paid on time.

According to FUFA, there is currently nothing owing to the players as per the signed Code of Conduct and more than 2 Billion UGX has been paid to this item alone.

This matter has been explained to the players and instead they have opted to renegotiate the terms of the Code of Conduct after qualifying to the round of 16 leading to the decision not to undergo training.

FUFA believes the players will respect the signed Code of Conduct and this matter will be resolved like many others before.