AFCON 2019: We Could Have Scored More, Says Andre Ayew 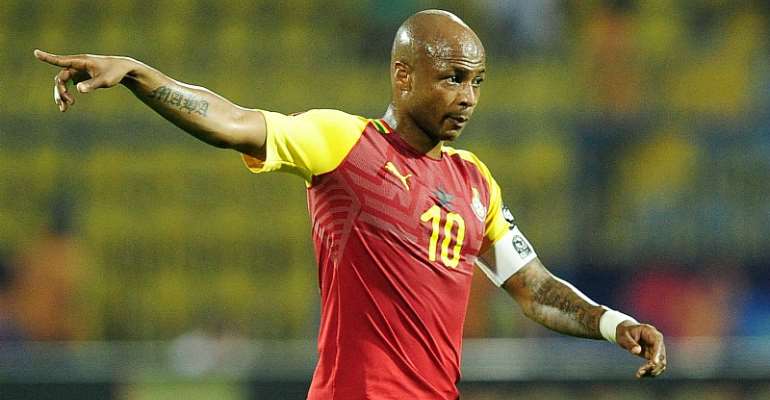 Ghana captain Andre Ayew has insisted his side could have scored more goals against Guinea-Bissau at the ongoing Africa Cup of Nations in Egypt on Tuesday.

A shambolic first-half performance in the last Group F fixture at the Suez Stadium saw the Black Stars head into the break goalless.

But the returned to the second as a much better side with Jordan Ayew and Thomas Teye Partey scoring both goals to secure a 2-0 triumph for James Appiah's men, sending them through to the Round of 16 as group winners.

"The first half was good if you look at it in my perspective because Guinea-Bissau were fresh like us,” Ayew said after the match.

“It was a difficult game but we controlled it because we had the best chances. We could have scored and opened up in the first half but we stayed true to our game.

“When you have a team like Ghana and our offensive power, as long as we don’t concede and stay tactically [in shape], we can get a goal.

"That’s our strength and we’re sticking with that because we’ve have recorded two clean sheets.

“We need to keep working hard, and the fans should also keep supporting us and we’re going to give a hundred per cent."

Ghana will face Tunisia in the Round of 16 on Monday.