AFCON 2019: Black Stars Players Celebrates After Qualifying For Round 16 Of Tourney [VIDEO] 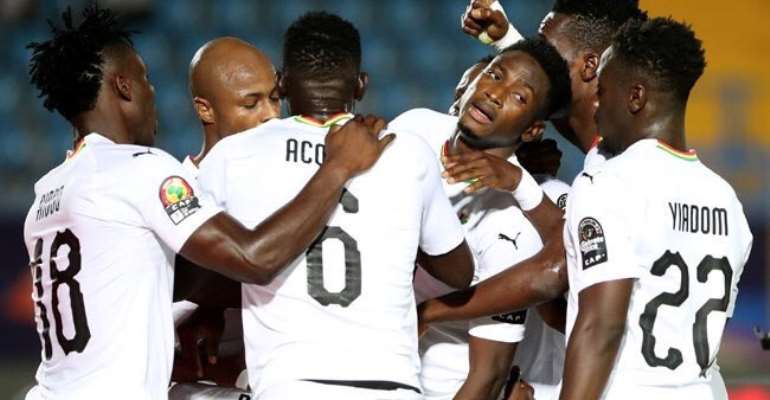 The Black Stars players couldn't hide their joy after beating Guinea Bissau to qualify for the next round of the competition.

Two goals from striker Jordan Ayew and Thomas Partey was enough for Ghana as they recorded a 2-0 win over Guinea Bissau on Tuesday at the Suez Stadium to seal through to the quarter-final stage of the competition.

Jordan Ayew brilliantly opened the scoring for the Black Stars just a minute after recess before Thomas Partey connected Baba Rahman’s fine pass to give Ghana a 2-0 lead in the 72nd minute.

The opener saw the Black Stars took control of the game dictating the pace as Djurtus as the Guineans are nicknamed laboured in search of their feet.

Ghana by virtue of the 2-0 win over Guinea Bissau atop Group F with five points after Cameroon drew goalless against Benin.

The four times African champions will play Tunisia in round 16 of the competition.