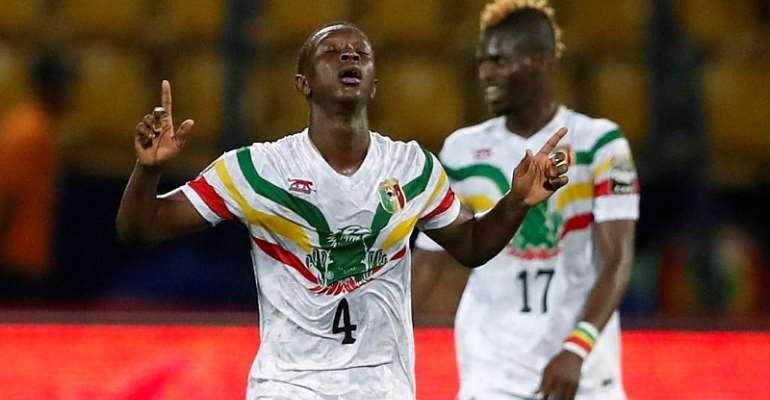 Mali and Ghana moved into the knockout stages of the Africa Cup of Nations on Tuesday night as winners of Group E and Group F respectively. Amadou Haidara was on target for Mali againt Angola while Ghana gained their first win of the tournament with a 2-0 success over Guinea Bissau.

The victory gave them five points and they progress courtesy of more goals scored ahead of Cameroon who also finished with five points after their 0-0 draw with Benin in Ismailia.

That stalemate left Benin third in Group F with three points. Michel Dussuyer's men also moved onto the last 16 as one of the four best third placed sides in the 24 team tournament.

Jordan Ayew – with his second strike of the tournament – and Thomas Partey were the heroes for Ghana who are seeking their first title since 1982.

They were thwarted in the 2017 competition in the semi-finals by an unfancied Cameroon side who went on to surprise Egypt in the final in Libreville.

Limp
Two years on, the Indomitable Lions are into the last 16 against Nigeria but the manner of their passage will do little to quell the criticism swirling around coach Clarence Seedorf and his assistant Patrick Kluivert.

Despite trophy laden playing careers, the Dutch masters have failed to inject panache into Cameroon's trophy defence. Two goals is all Cameroon have to show for their three matches.

Tunisia have been similarly underpowered in their Group E games. Following 1-1 draws against Angola and Mali, Tunisia had to beat Mauritania to ensure progress.

But they were unable to break down Corentin Martins' lively team and as the game progressed, tension rose in the Tunisian ranks as victory would have sent Mauritania through and left Tunisia - one of the favourites for the trophy - on the way home.

After the final whistle in Suez, Tunisia's players looked more relieved than ecstatic. An improvement will be expected for the last 16 showdown with Ghana on 8 July in Ismailia.

Mali will face their fellow west Africans in the shape of Cote d'Ivoire in Suez on the same day.