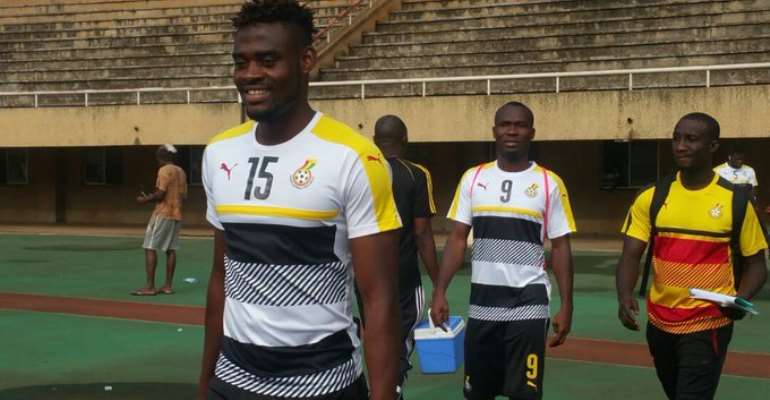 Coach Kwesi Appiah has confirmed Kasim Nuhu will be missing Ghana’s final Group game against Guinea Bissau on Tuesday but insisted he is not worried.

The talented centre back picked up a second yellow card in Ghana’s 0-0 draw game with Cameroon ruling him out of the game tomorrow.

Nuhu initially picked up a card in the opening match against Benin with the booking against Cameroon ruling him out in the final match with Guinea Bissau.

And according to head Coach Kwesi Appiah, the player’s absence will not be a problem.

“Kasim Nuhu is one of the key players in the team but we have five players who can replace him in that position so we will be okay,” he said.

Meanwhile, John Boye could step in to replace Kasim having also served his suspension after missing the last game against Cameroon.