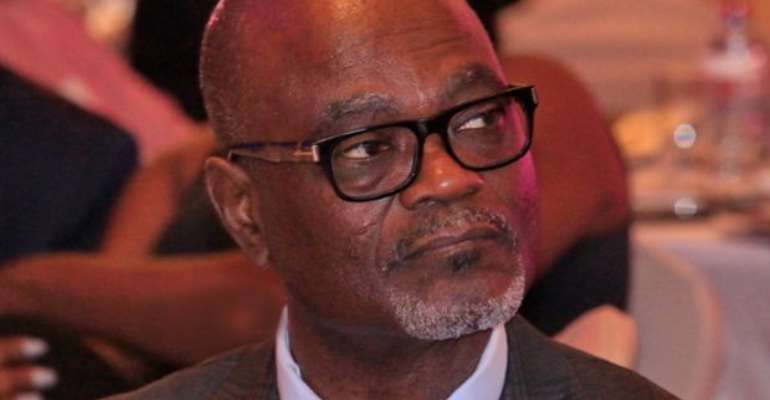 CHAIRMAN OF THE NORMALIZATION COMMITTEE

The Normalization Committee of the Ghana Football Association has assured Ghanaians that no stone would be left unturned in the bid to secure a fifth Afcon triumph for Ghana.

This, according to the GFA NC President Dr Kofi Amoah, can only be possible when all hands are on deck.

Dr Amoah was highly impressed by the massive show of support for the team by Ghanaian fans and local Egyptian sympathisers of the Black Stars against Cameroon.

Months of meticulous planning and coordination between the Ministry of Youth and Sports, the GFA-NC and the Ghana mission in Cairo as well as local Egyptian authorities have made such visible support possible.

On the team front, coach Akwasi Appiah remained his usual calm self at the pre-match presser as he was accompanied by defender Kassim Nuhu.

The countdown continued in the evening with a 90 minutes training session at the Petrol Sports Stadium in Suez.

The GFA-NC has also commended the smooth, joint operation between the Sports Ministry and Ghana mission in Egypt.

This was evidenced before, during and after the Black Stars played Cameroon in Ismalia.

"The GFA-NC acknowledges the incident-free mobilization of Ghanaian supporters from Ghana, other parts of the world and from across various Egyptian cities ahead of the match against Cameroon.

The GFA-NC is confident that the same level of order and discipline would be respected when the Black Stars and the Jurtus of Guinea Bissau meet in Suez on Tuesday, July 2nd.

A number of Ghanaians living in Egypt are expected to descend on Suez to back the team and cheer them to victory against their fellow West Africans.

In the other fixture which kicks off simultaneously at 7pm local time, Benin take on Cameroon in a clash neither side can afford to lose.