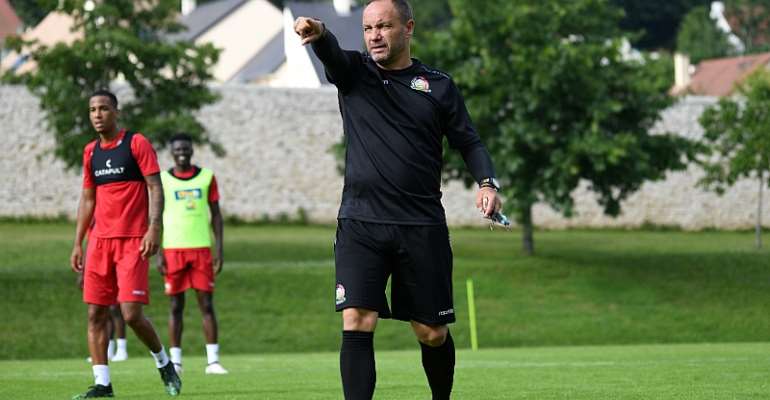 Senegal go into their final game in Group C against Kenya on Monday night vying for second place. Both sides lost to a well drilled Algeria side and can only target the runners-up spot following victories over Tanzania.

Due to their better goal difference, a draw would send Senegal through to a last 16 showdown with Uganda.

Kenya would go move into the pot as one of the four best third-placed teams.

But Djamel Belmadi's players were more effervescent in the 1-0 victory at the 30 June Stadium on 27 June.

They kept a muzzle on Senegal striker Sadio Mané who returned to the side after missing the opening day romp past Tanzania through suspension.

Improvement
"Of course Sadio can do better," said Cissé of his skipper who was one of the stars of Liverpool's campaign in the English Premier League and surge to the Uefa Champions League trophy.

Kenya's skipper, Victor Wanyama, was in the Tottenham Hotspur squad for that final in Madrid in June.

The 28-year-old will anchor his side's midfield as they attempt to become the first Kenyan team to reach the knockout stages.

“The players have written history for the country's football,” said Kenya coach Sébastien Migné. “And now we have nothing to lose. We are going into a game against the number one team in Africa.

"It will be a good experience for my players at the very least and we'll see what happens.”