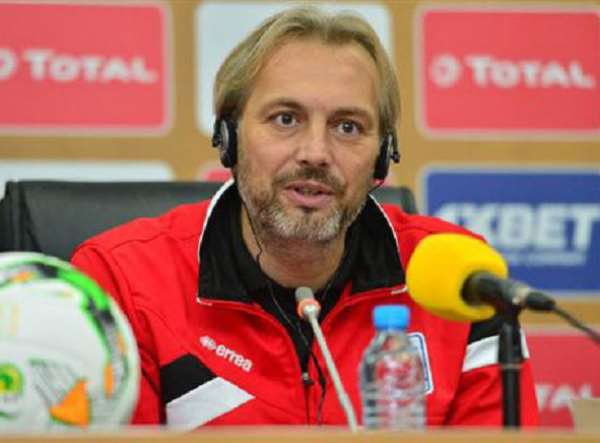 Head Coach for the Cranes of Uganda Sébastien Desabre has expressed his delight following his side’s qualification into the knockout stage of the 2019 Africa Cup of Nations (AFCON) tournament.

The team concluded their group phase campaign at the Cairo International Stadium on Sunday, June 30, 2019. The, unfortunately, lost to Egypt by two goals two nothing in a fiercely contested match.

Liverpool attacker and Pharaohs poster boy Mohammed Salah scored from a direct free-kick before Captain Ahmed Elmohamady added another goal to secure all 3 points for the Coach Javier Aguirre’s men.

Despite the loss, Uganda Coach Sébastien Desabre has shared that he is happy with the fact that his team has progressed from the group stage into the knockout stage.

“We are unhappy with the loss but happy to qualify. Salah’s goal tipped the balance for Egypt but until then we were in control. We qualified nonetheless”, the gaffer shared.

Uganda joins Egypt as the team from group A that has qualified to the round of 16 and could be joined by D.R Congo who also finished 3rd with 3 points.