Africa Cup of Nations: Five things we learned on Day 10 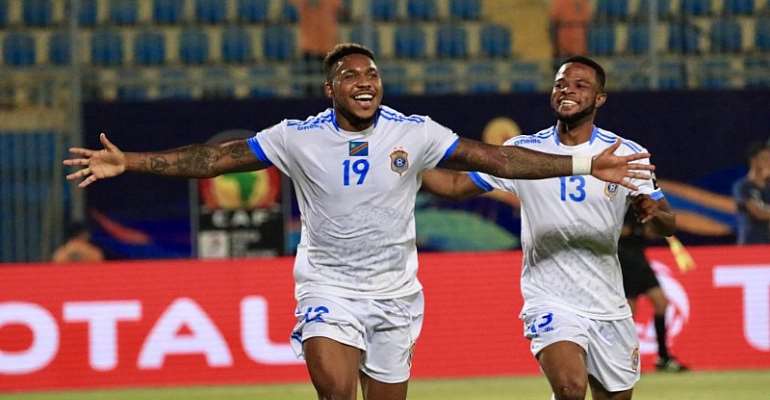 Debutants Madagascar make a mockery of Cup of Nations pedigree with a 2-0 mash up three time winners Nigeria. Democratic Republic of Congo rediscover their mojo on Independence Day.

Mad Men
Wow. Debutants Madagascar booked their place in the last 16 with a 2-0 win over Nigeria. That gave them pole position in Group B with seven points from their three games. Madagascar are the first debutants to advance beyond the group stage since Cape Verde in 2013. And to think they had to get through a qualifying round before they even got into the main draw for the qualifiying matches.

Sad men
Burundi's first appearance at the Cup of Nations ended on Day 10 with another defeat. They go home without a single goal or point. Guinea got past them at the Al Salam Stadium in Cairo 2-0. Burundi didn't help themselves either. Christophe Nduwarugira was sent off after 12 minutes for a foul as the last man. Guinea made them pay with goals from Mohamed Yattara in each half.

Rohr deal
During the 2018 World Cup in Russia, the Nigeria coach Gernot Rohr took the pressure off his side by saying how they were just callow youths who'd flourish at the next major tournament. Well, here we are at the next major tournament and they're not exactly blooming marvellous. But at least the boss was generous after Guinea turned over his not yet men 2-0. "What happened was Madagascar were the better team," said Rohr. "It's not a shame to lose a match against such a team." True. But do your bosses see it like that?

Kindly organisers
We, at the review, are ever ready to highlight the plethora of incompetences coursing through the Confederation of Africa Football, which organises the Cup of Nations tournament. So it's important to doff our hat when there's a nice touch. On 30 June 1960, the DRC gained independence. Nearly 60 years later, the national team played its last match in Group A at the 30 June Stadium in Cairo. And they won 4-0 against Zimbabwe.

Long journey home
That 4-0 was the worst beating of the tournament. Nightmare for the Zimbabwe goalkeeper Elvis Chipezeze who fumbled a free-kick which led to Jonathan Bolingi's opening goal after four minutes. Chipezeze also fouled Cedric Bakambu when he was through on goal. Referee Mustapha Ghorbal could have sent him off as he appeared to be the last man. But he was lenient. Elvis should have left the building. Bakambu thrashed the penalty past him to make it 3-0. Bakambu was the author of further misery 12 minutes from time. Chipezeze parried his long range shot … into the path of Britt Assombalonga who gleefully slotted home the rebound to make it 4-0.  DRC will stick around past Independence Day to see if they move on as one of the four best third-placed teams. Zimbabwe are heading home. 30 June? A day to forget for some.

W/R: Adiembra residents save 17-year-old student from kidnap...
41 minutes ago