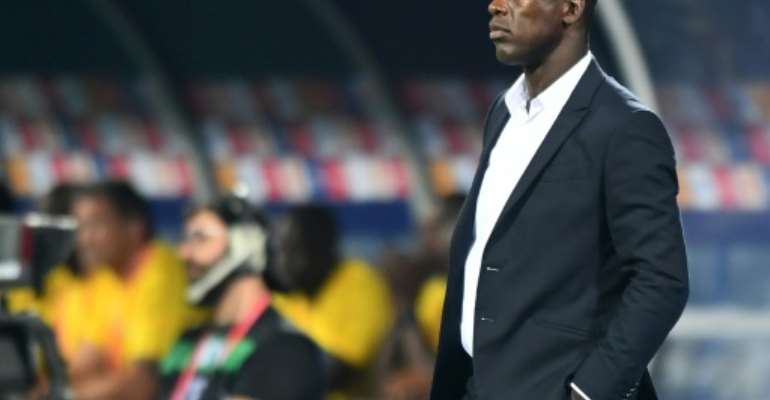 Cameroon coach Clarence Seedorf watches his team draw 0-0 with Ghana in the Africa Cup of Nations in Egypt. By OZAN KOSE (AFP)

The Champions League winner as a player with Ajax Amsterdam, Real Madrid and AC Milan conceded that the 0-0 draw with Ghana at the weekend offered little excitement.

"It may not have been good for the fans and we want to do better, but I saw two organised teams who created enough chances to have won," he said.

Here, AFP Sport looks at the Group E and Group F fixtures -- the last of the group stage -- with all eight countries in contention for round-of-16 places.

Seedorf defended his tactics after the clash with Ghana fell far short of expectations, saying he always aims to win.

"We never start a match to draw, we start to win, but I was satisfied with a point," he said of a result that virtually guarantees the Indomitable Lions a last-16 place.

Cameroon lead Group F with four points, two more than Benin and Ghana and three ahead of Guinea-Bissau.

Benin are seeking a first Cup of Nations victory after 11 failed attempts spanning four tournaments and a 0-0 draw with Guinea-Bissau was a huge setback. 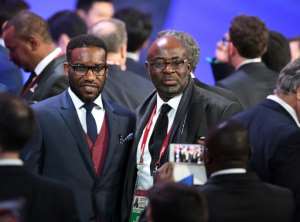 African football legend Jay-Jay Okocha believes Ghana coach Kwesi Appiah could be fired if they lose to Guinea-Bissau and are eliminated.

The retired Nigeria midfielder says he is "disappointed with Appiah and so are Ghanaians" after draws against Benin and Cameroon have left the Black Stars unsure of qualification.

"Kwesi has to win against Guinea-Bissau to keep his job," said Okocha, who was part of the 1994 Nigeria Cup of Nations-winning team.

Guinea-Bissau are among four teams who failed to score in their first two group matches with former Liverpool youth team forward Toni Silva among those misfiring.

These countries played a remarkable opening match at the 2010 Cup of Nations with Mali coming from four goals behind with 12 minutes remaining to draw 4-4 against tournament hosts Angola.

The chances of another goal splurge in this Group E clash are slim, however, as the first 24 matches in Egypt produced a meagre 43 goals, an average of 1.7 per game.

Among those leaders Mali will look to for goals is Moussa Marega, whose six for Porto in the last Champions League was bettered only by Lionel Messi and Robert Lewandowski.

Angola have been unpredictable in two draws under Serb coach Srdjan Vasiljevic, impressing when holding Tunisia before giving a mediocre performance against Mauritania.

Tunisia have been one of the flops of the Cup of Nations so far, taking only two points from uninspiring displays against Angola and Mali.

Coach and former France star Alain Giresse has reacted angrily to public criticism that he is not starting midfielder Ferjani Sassi.

"Ferjani is returning from injury and needs rehabilitation in order to return to his full level," said the 1980s midfielder.

After a 4-1 hiding from Mali, debutants Mauritania tightened up to draw 0-0 with Angola and hopes of a shock win could hinge on shackling in-form Tunisia forward Wahbi Khazri.