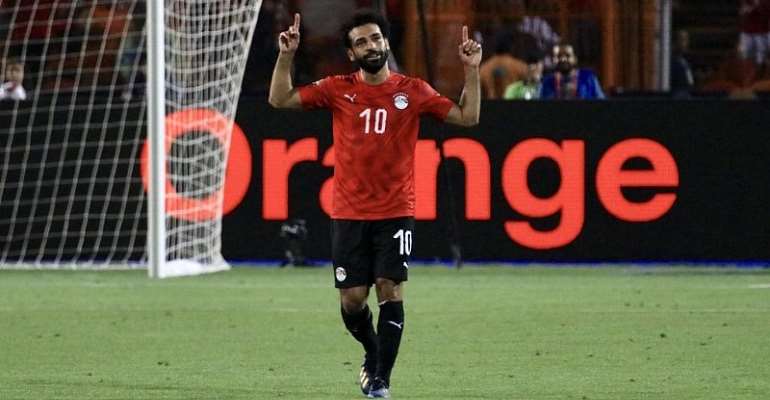 Hosts Egypt won the battle to top Group A on Sunday night with a victory over Uganda. For the second game running Mo Salah and skipper Ahmed El Mohamady were on the scoresheet.

The 2-0 success gave Egypt maximum points and with Zimbabwe's 4-0 defeat to Democratic Republic of Congo, Uganda advanced to the knockout stages at the tournament for the first time since 1978.

That Uganda squad went to the final. Their heirs are not expected to attain such heights.

However, two years after the country competed in the tournament for the first time since 1978, progress to the last 16 marks a rapid rise in the country's footballing fortunes.

Egypt boast seven titles since the inception of the Cup of Nations in 1957. The partisans expect their players to hoist the trophy for an eighth time at the Cairo International Stadium on 19 July and the side showed suitable nous to control Uganda's early effervescence.

Marksmanship
Salah's second goal of the tournament came direct from a free-kick in the 36th minute. El Mohamady doubled the advantage on the stroke of half-time.

"Nine points out of three games is something Egypt is used to - the difficult part is what comes next,” he said.

"We scored five goals in three matches and kept three clean sheets. For me these are good numbers."

Egypt will remain in Cairo for the round of 16 and play one of the best four third-place finishers on 6 July.

“We will prepare, regardless of the team we will meet in the last 16,” El Mohamady added.

Goal feast
Zimbabwe's hopes of pipping Uganda to second spot drowned in a deluge of Congolese goals. Goalkeeper Elvis Chipezeze suffered a nightmare. His fumbles cost the side the first and fourth goals and his foul gifted DRC a penalty for the third. His defenders abandoned him for the second.

“We need to learn how to defend better and to convert our chances,” said Zimbabwe skipper Knowledge Musonda who hailed his players for reaching consecutive tournaments.

“We just need to keep participating in these competitions because it gives exposure to some of the young guys who might want to go abroad and play.”

DRC will wait until Tuesday to discover if they move on as one of the four best third-placed teams.

“I'm going to hide,” said DRC skipper Yousuf Mulumbu. “After the game we started looking at the groups and it was becoming confusing. So I'm going to stay away from that and I'm going to focus on recuperating. But I said to a teammate that if we do go through I've got a feeling we can go to the final.”