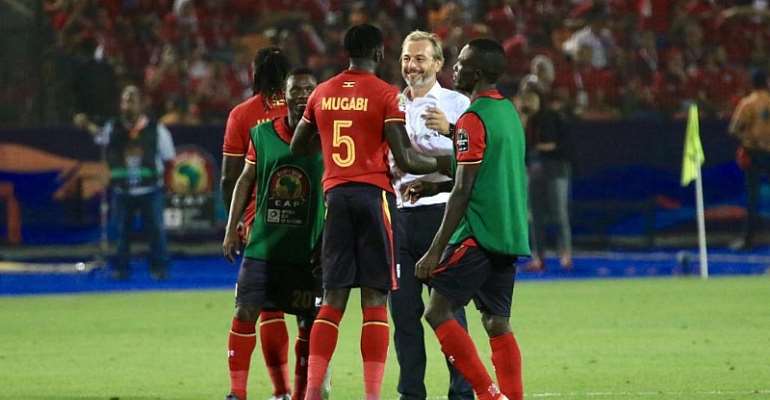 Uganda enter their second consecutive Africa Cup of Nations tie against Egypt at the Cairo International Stadium in a very different fashion. Two years ago under Milutin Sredojevic, they were close to securing a point but Abdallah El-Said scored in the dying seconds to give Egypt the win.

Uganda left the 2017 competition with one point. Sredojevic questioned his own role within the side and said the team's next test would be to become regular participants in the continent's most prestigious tournament.

Fast forward two years and under the Frenchman Sébastien Desabre, Uganda have 10 of the 2017 squad and a crop of youngsters.

A win or a draw would make them the first national side to reach the knockout stages since the 1978 squad which reached the final.

“We're happy to have four points,” said Desabre before the clash at the Cairo International Stadium. “Two years ago, this wasn't the case. I have to congratulate my players for their achievements.”

Comparison
Despite their rise, Uganda are light years away from Egypt's success at the Cup of Nations. The seven time winners have already qualified from Group A following victories over Zimbabwe and Democratic Republic of Congo and need only a draw to top the pool.

A stalemate would also suit Uganda who would progress in second place. And Egypt could be disjointed with coach Javier Aguirre suggesting he would make changes for the clash.

"Many players appeared exhausted against Democratic Republic of Congo and need rest,” he said.

In front of more than 70,000 fans, the hosts are expected to deliver points and panache.

A victory would satisfy the voracious appetites of the partisans. It would also help Zimbabwe who could pip Uganda to second spot if they beat DRC at the 30June Stadium in Cairo.