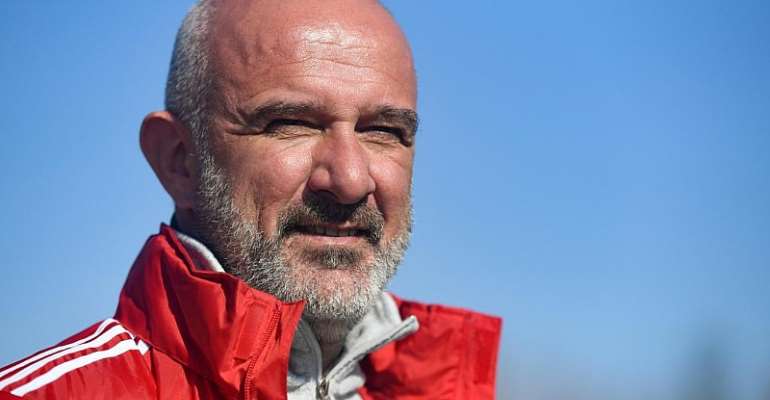 Contrasting fortunes confront Cup of Nations debutants Madagascar and Burundi as they face Nigeria and Guinea respectively for their final games in Group B on Sunday. Madagascar will take on Gernot Rohr's Nigerians in Alexandria in a fight for top place.

At the Al Salam Stadium in Cairo, Burundi are playing, at the very least, for pride against Guinea having slumped to 1-0 defeats.

However Rohr says he is gunning for the three points in order to maintain the edge in his squad and to set up a meeting with one of the best third-placed teams.

"It's important to finish first of the group,” said the 65-year-old German. “It's better to play a team in third than second so we will do all to finish top.

"We've had our scout watching a lot of games in Cairo. We have to prepare to play against a good team so in all cases it will be a very tough match in the round of 16.

"For that reason, I want to put everyone under pressure and have that competition in each position."

Development
Nigeria forward Ahmed Musa said morale in the squad was good despite a training strike earlier in the week over unpaid bonuses. "Each game is more important and we are improving each game and I think the next game will be even better."

While Nigeria's campaigns at Cup of Nations are usually enveloped in drama, Madagscar's adventure has been one of overachieving underdogs.

"I'm very proud of my players, they've all been very good," said coach Nicolas Dupuis. "We've played in our first Cup of Nations, got our first point and first win. It would be a shame for it to end here."

Burundi's further involvement appears unlikely. Their initial task will be to score their first goal in the competition after two 1-0 defeats. Guinea's mission is also simple.

They need a resounding victory to reach four points and improve their goal average. That formula would put them in a position to pip Madagascar to second place should they slip up against Nigeria.

"We have made things difficult for ourselves," said the Guinea coach Paul Put.