AFCON 2019: Give Me Black Stars And I Will Win AFCON, Says Kenichi Yatsuhashi 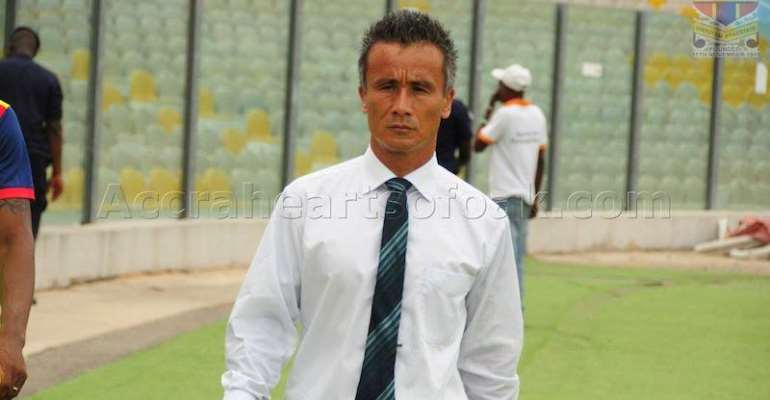 Former Hearts of Oak and Aduana Stars head coach, Kenichi Yatsuhashi has sensationally reiterated that he will win the Africa Cup of Nations trophy should be named as the Black Stars head trainer.

His comments come after the Black Stars drew goalless with the Indomitable Lions of Cameroon in their second group game in the ongoing Cup of Nations in Egypt.

After drawing 2:2 with the Squirrels of Benin on Tuesday, the four-time Africa Champions were hoping to get their first win in the tournament.

And two matches played in the tournament, Ghana are currently occupying the 2nd position with two points.

However, the American-Japanese trainer believes he will do a job with the Black Stars should he be named as the head coach.

Coach Kwesi Appiah and his boys must win the last group game against Guinea Bissau to ensure their progression to the next round of the competition.