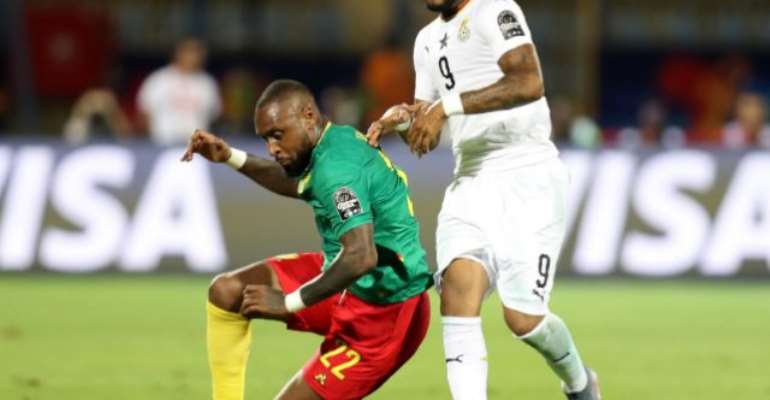 Defending champions Cameroon played out to a barren draw with Ghana in a hotly contested West African clash of the titans in a Total Africa Cup of Nations (AFCON) Egypt 2019 Group F clash in Ismailia on Saturday.

Substitute Kwabena Owusu should have won all three for the Black Stars barely a minute after coming on for Andre Ayew but his cracking shot from the edge of the box came off the crossbar. Andrew Yiadom had a chance five yards from goal a minute later, but saw it saved by Andre Onana.

With the result, Cameroon have moved to four points while Ghana are on two points after back to back draws. The Ghanaians have to beat Guinea Bissau on Tuesday to be certain of a place at the next round.

On the balance of chances, Cameroon should have gone to the break at least one up. A massive save by Richard Ofori four minutes from time and a timely tackle from Jonathan Mensah earlier on ensured the scores were 0-0 after the opening 45 minutes.

The EC Of Ghana Will Not Joke With The Faith Of Ghanaians. W...
11 hours ago