AFCON 2019: Dede Ayew In Line To Feature For Ghana Against Cameroon Today 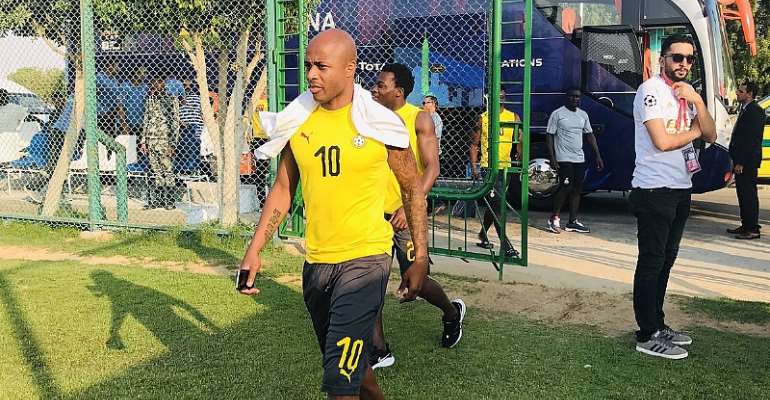 Black Stars Captain Andre Dede Ayew is in line to feature for Ghana later today when they take on the Indomitable Lions of Cameroon in their second Group F match of the 2019 Africa Cup of Nations (AFCON) tournament, reports have revealed.

The Swansea attacker had been a doubt for the titanic clash after picking up a knock in Ghana’s 2-2 draw with the Squirrels of Benin on Tuesday, June 25, 2019, at the Ismailia Stadium.

With just some few hours to the Cameroon clash, information coming from the team’s camping base in Egypt indicates that Andre Ayew has passed a late fitness test and should be able to play today if head coach James Kwesi Appiah names him in his matchday squad.

The Black Stars Captain after sitting out of the team’s training on Wednesday returned to the pitch yesterday where he joined the rest of his match to hold their final training session ahead of their match against the Indomitable Lions.

Ghana needs to beat their opponent at all cost to boost their chances of progression from the Group stage into the round of 16.

The match will be played this evening at the Ismailia Stadium and is expected to kickoff is at 17:00GMT.

W/R: Five wounded after residents of Ampatano and Kamfakrom ...
18 minutes ago