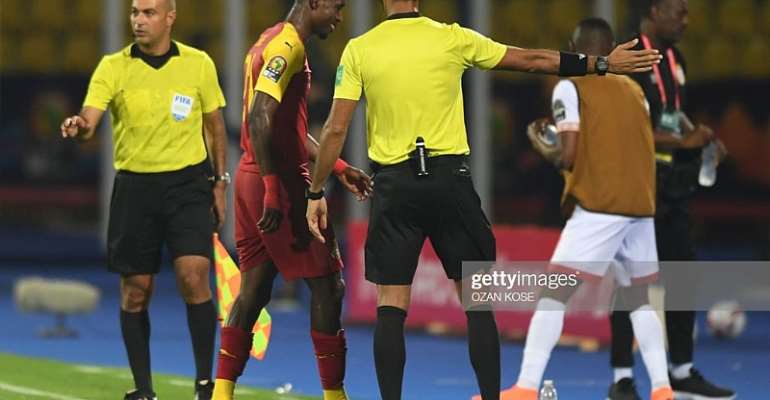 Coach Kwesi Appiah says he is perturbed by the absence of experienced defender John Boye ahead of the second group F clash against Cameroon.

Boye was sent off in the 54th minute of the opening day draw against Benin after picking two yellow cards.

The FC Metz defender will miss the game against the Indomitable Lions on Saturday, but Appiah insists he has good replacements for the 31-year old.

“Unfortunately John Boye cannot be part of the team but including John Boye we have five central defenders so it shouldn’t be a problem,” Kwesi Appiah told the Press ahead of tomorrow’s game.

Ghana needs a win against the champions to enhance their chances of progress after letting a 2-1 lead slip as they drew against Benin.

The Black Stars will also be seeking revenge after losing to the same opponents enroute to finishing fourth in the last edition of the Nations Cup in Gabon.