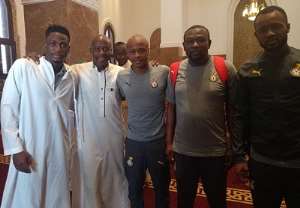 Some members of the Black Stars have offered Jum’a Prayers at the Tolip Hotel Mosque in Egypt on Friday ahead of Ghana's AFCON 2019 Group F clash with the Indomitable Lions of Cameroon on Saturday.

The players after the prayers also fraternized with some worshippers at the mosque.

Ghana will be hoping to get a good result against the Indomitable Lions after failing to secure all three points against Benin on Tuesday.

The match has been scheduled to kick off 18:00GMT.
See photographs below 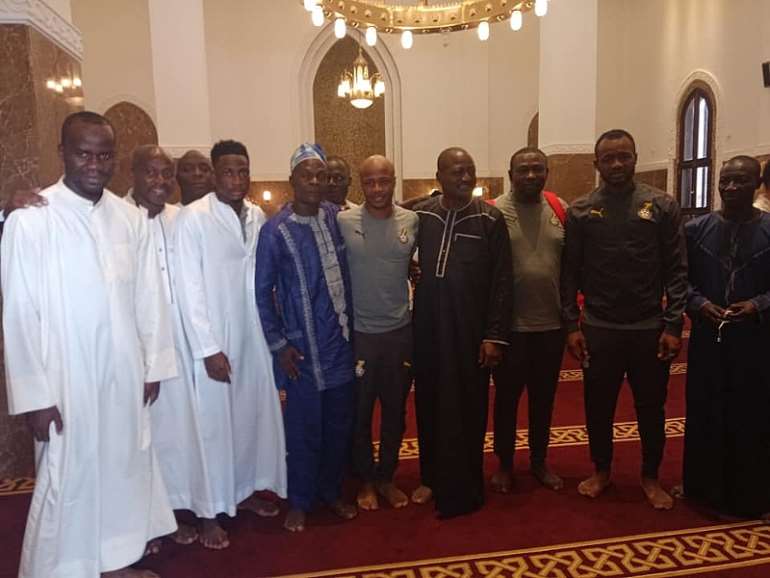 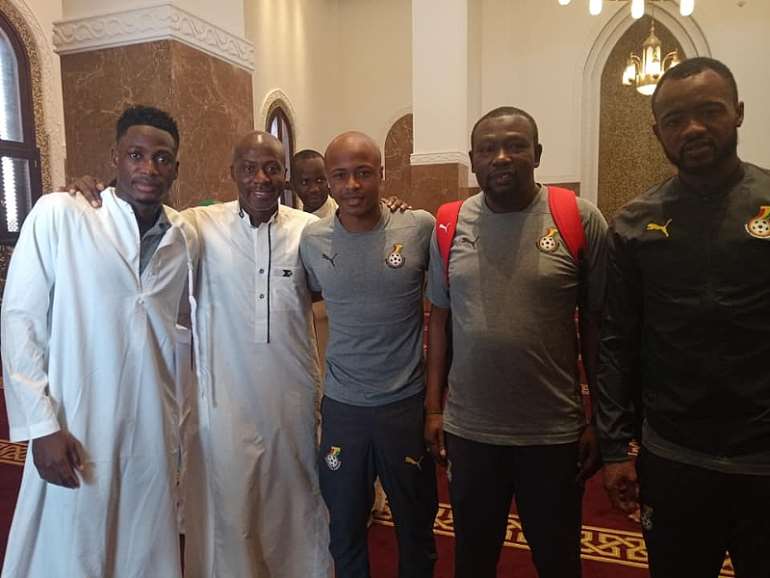 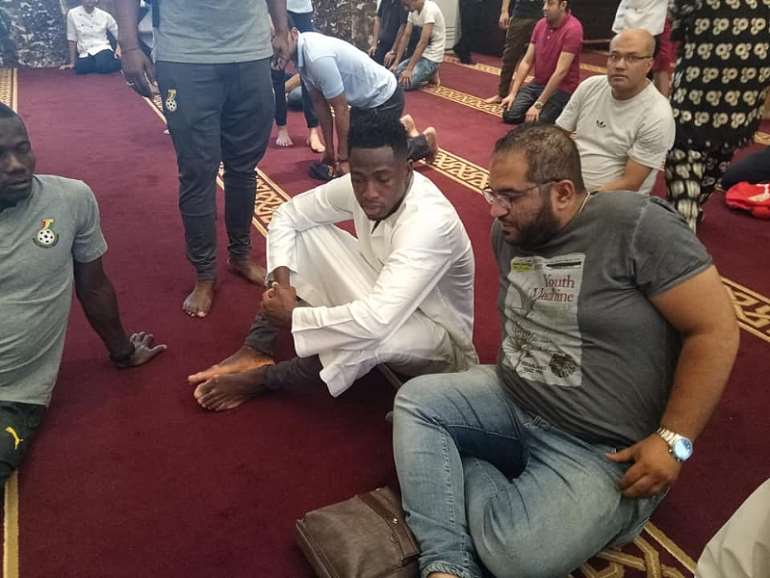 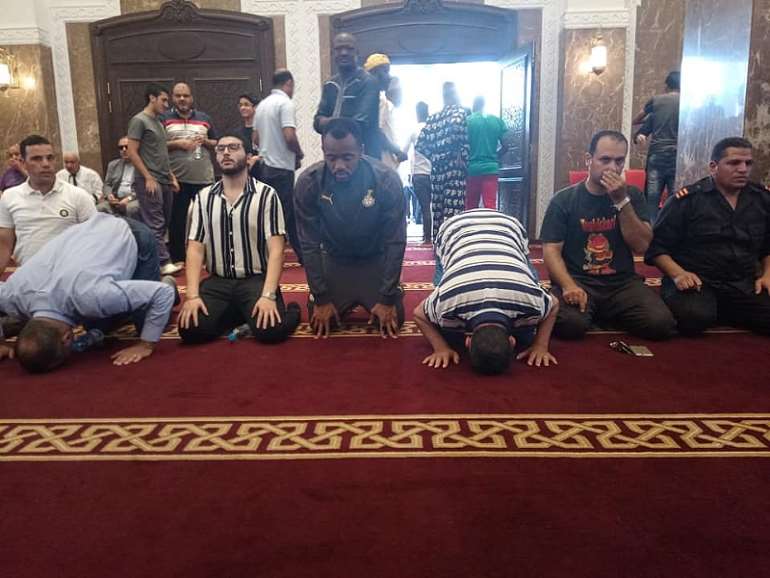 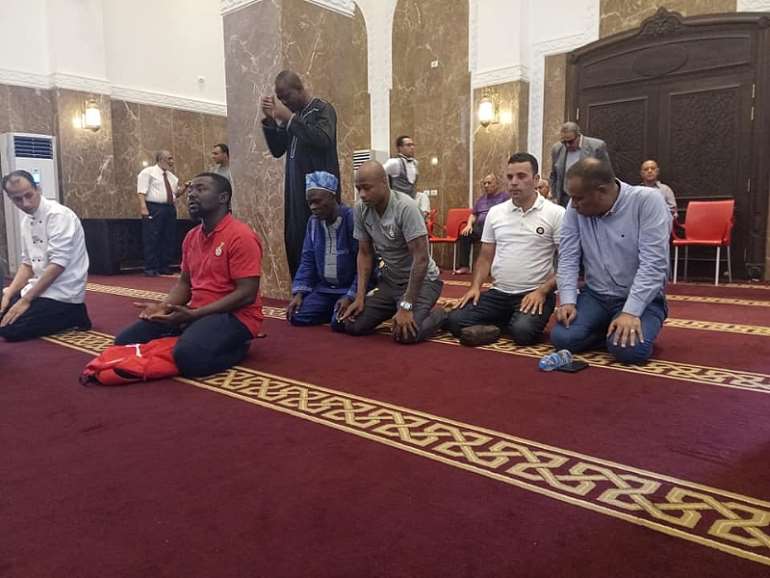