AFCON 2019: Black Stars Urged To Concentrate On Games Rather Than 'Jama' 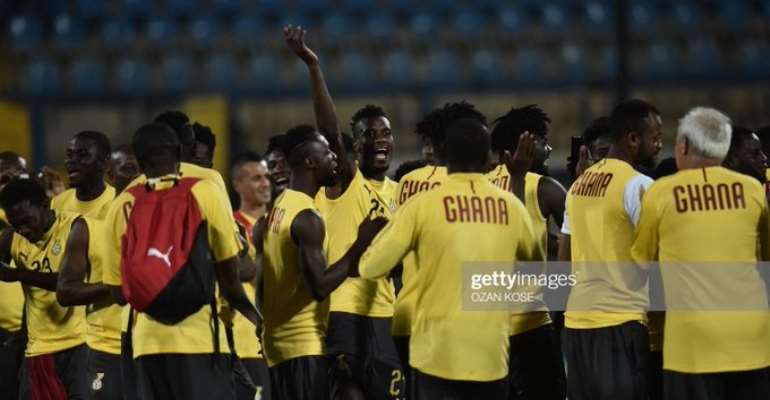 Antony Yeboah, a former Ghanaian striker has urged the Black Stars players to concentrate solely on games at the Nations Cup and stop the irrelevant "jama" in camp.

The Black Stars players are known for dancing and singing morale-boosting songs-jama- before games at international competitions.

But Yeboah believes the act is becoming too much and it takes a toll on them in games insisting the jama sessions makes the players tired before games.

"Sometimes, players got tired after singing jama before a match. The Black Stars lost focus which resulted in conceding an early goal against Benin. It could be as a result of tiredness," he said.

"The players should concentrate on the matches rather than singing jama. It is becoming too much for the players to get involved in such an act," he ended.

The team need a win in their next game against Cameroon on Saturday to enhances their chances of progress at the tournament in Egypt.

We'll not accept the 4% salary increment — Coalition agains...
41 minutes ago