AFCON 2019: Kenya Come From Behind To Beat Tanzania 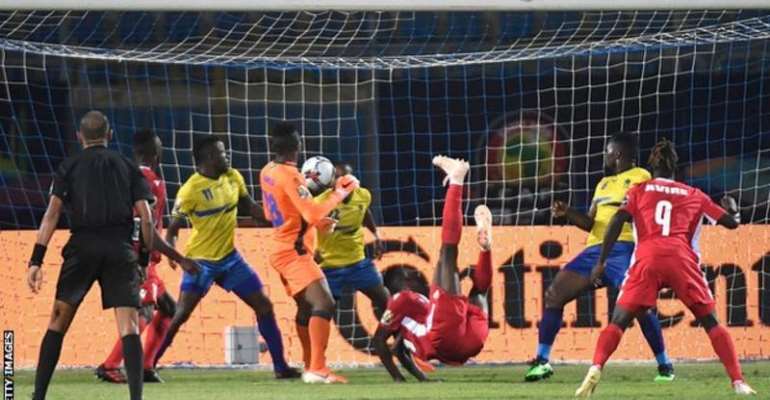 Michael Olunga scored twice as Kenya came from behind to beat Tanzania 3-2 in an Africa Cup of Nations thriller.

Kashiwa Reysol forward Olunga drilled in a late winner, having earlier made it 1-1 with a superb overhead kick and also heading against the crossbar.

Tanzania had gone ahead twice through Simon Msuva's tap-in and Mbwana Samatta's effort for a half-time lead.

Johanna Omolo flicked in a header at the near post for Kenya, before Olunga struck with just 10 minutes remaining.

The result moves Kenya level on three points with Senegal, who were beaten 1-0 by leaders Algeria, while Tanzania exit the tournament still searching for their first victory.

Kenya play Senegal and Tanzania face Algeria in the final group games on Monday at 20:00 BST.