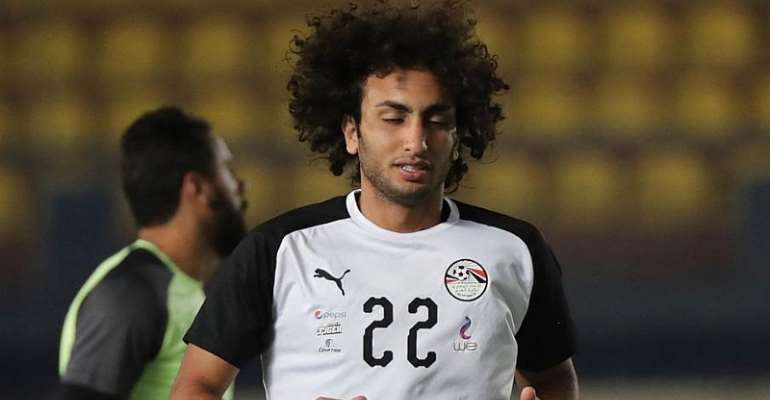 Egypt striker Mohamed Salah and captain Ahmed Elmohamady have rallied behind forward Amr Warda after he was expelled from their Africa Cup of Nations squad for disciplinary reasons on Wednesday.

Speaking in the wake of their 2-0 Group A victory over Democratic Republic of Congo on Wednesday that sealed a last-16 place for the tournament hosts, the pair, along with key midfielder Trezeguet, said the Egyptian Football Federation (EFA) had been too harsh on Warda.

The EFA gave no specific details about the reasons for Warda’s expulsion, but he has previously been accused of harassing a fashion model on Instagram and a complaint against him has been filed with Egypt’s Attorney General.

Warda posted a video on Facebook in which he apologised to his family, his teammates, to the EFA and to "anyone who is upset at me or anyone I have upset."

Reuters has contacted his agent to seek further comment.

"Women must be treated with the utmost respect," Liverpool striker Salah said.

"I also believe that many who make mistakes can change for the better and shouldn’t be sent straight to the guillotine, which is the easiest way out.

"We need to believe in second chances ... we need to guide and educate. Shunning is not the answer."

Aston Villa defender Elmohamady, who held up two fingers on each hand to make Warda’s squad number 22 after scoring against DR Congo, said the EFA were wrong to expel the PAOK forward.

"Amr Warda is one of us and we all make mistakes. We will not leave Warda alone," he told reporters. "Warda represented Egypt on many occasions before, and what we should do is to stand by him...

"No player should be held accountable for anything done outside the pitch. We support Amr Warda."

Playmaker Trezeguet called on Egyptians to rally behind the player.

"We have lost an important player, but we have 22 men in the squad that carry Egypt’s name," he said.

"If any player makes a mistake, the fans should support him because we are one team and one family and if we win the title we will win it together."