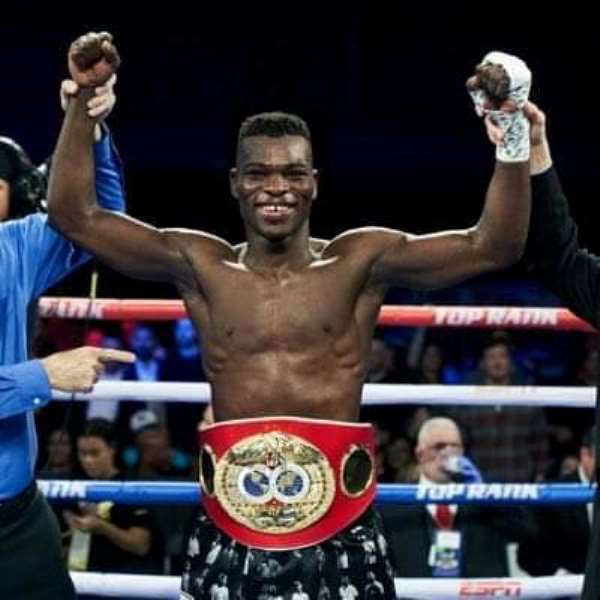 The Ghana Boxing Authority (GBA) has sent messages of victory and success to Richard Commey who defends his IBF World Lightweight Title against Ray Beltran in California, USA on Friday, June 28, 2019 and Wasiru Mohammed aka ‘Gyatabi’ who takes on Tanzanian Loren Japhet at the Accra Sports Stadium on Saturday June 29, 2019 for the WBO Global Super Bantamweight Title.

Peter Zwennes, president of the GBA said he believes in the two pugilists and knows what they can do on any good day. He hailed them as national heroes and prompted them to know that the whole nation is behind them, so they should enter the ring without fear, but with vigour to win and well well.

The messages issued by the Communications Department of the GBA urged the two boxers to go all out to raise the flag of Ghana very high and prove to the world that Ghana has some of the best boxers in the world.

Naa Darkua Dodoo, Communications Director and PRO of the GBA said the two boxers have what it takes to win by knocking out their opponents and should not be complacent or underrate anyone, but go and win style.

She said Ghanaian boxers are highly respected so the should depend on the motivational thoughts and be self-inspired to retain and win the titles respectively.

She said Richard Harrison went to UK to fight for a WBO Global belt and failed to win, but Wasiru Mohammed has got the home support and punches to win another belt that will propel him to greater heights.

For Commey, she said this is his first defence since winning the IBF Lightweight crown and he must defend it successfully to realize his dream of unifying the titles in the division.

In another development, the Sports Writers Association of Ghana (SWAG), Friends of Boxing (FOB) and the Online Sports Journalists Union (OSJU) have also wished the two boxers who fight this weekend victory.

Meanwhile, the fastest growing and most loved TV station in terms of boxing, HSTV has been awarded rights to show the WBO Global Super Bantamweight Championship.