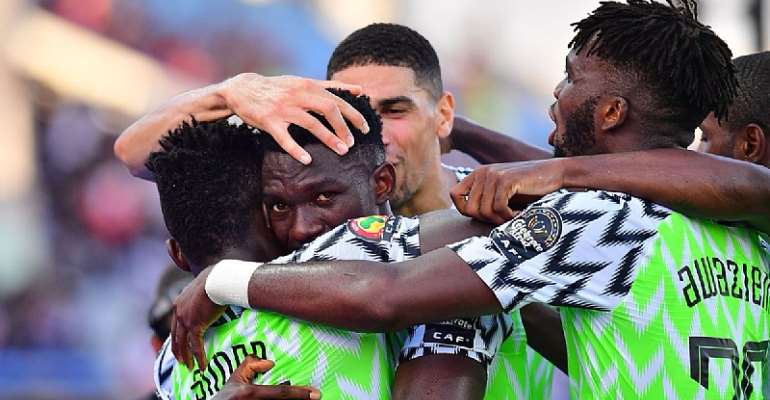 The Super Eagles of Nigeria posted a crucial 1-0 victory over Guinea at the Alexandria Stadium on Wednesday afternoon to secure qualification to the knockout stage of this year’s Africa Cup of Nations (AFCON.

After a pulsating first half encounter that ended goalless, the Super Eagles resumed the second half well-oiled as they took the game to their opponent in search of that vital goal. They were finally rewarded on the 77th minute courtesy a header from Chelsea FC center back Kenneth Omeruo.

By virtue of that important win, the West African giants became the first team to cement a spot in the round of 16 even with a game to spare in Group B.

You can catch highlights of Nigeria’s 1-0 win over Guinea in the video below.