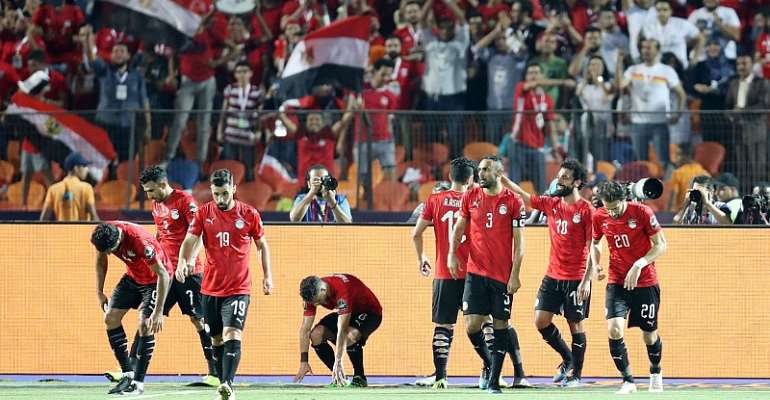 Mohammed Salah’s clinical strike on Wednesday night helped the Pharaohs of Egypt to beat D.R Congo 2-0 in the 2019 Africa Cup of Nations as they secured their qualification into the knockout phase of the tournament.

The host nation in their second game in Group A of the tournament put up a show worthy of 3 points to ensure they won their second consecutive match at the Cairo International Stadium.

Having dominated the Leopards in front of a packed Stadium of over 75,000 fans in the early minutes of the first half, the Pharaohs had to wait until the 25th minute before finding the back of the net. Captain for the side, Ahmed El Mohamady capitalized on a loose ball in the opponent’s 18-yard box and made no mistake as he planted his shot into the back of the net.

With two minutes to end the first half, Liverpool attacker Mohammed Salah fed off a sweet through ball from exciting winger Trezeguet and fired in the second for the host nation to send the whole stadium ablaze.

Some end to end action in the second half could not produce any goals despite D.R Congo coming close on several occasions. Egypt’s defense stood firm to prevent the Leopards from equalizing.

The important victory has taken Egypt to the top of the Group A table with 6 points. What that means is that they have qualified to the round of 16 of this year’s tournament.

They join the Super Eagles of Nigeria who also beat Guinea 1-0 earlier in the day to qualify from Group B.