AFCON 2019: Lack Of Concentration Of Our Players Cost Us – Kwasi Appiah 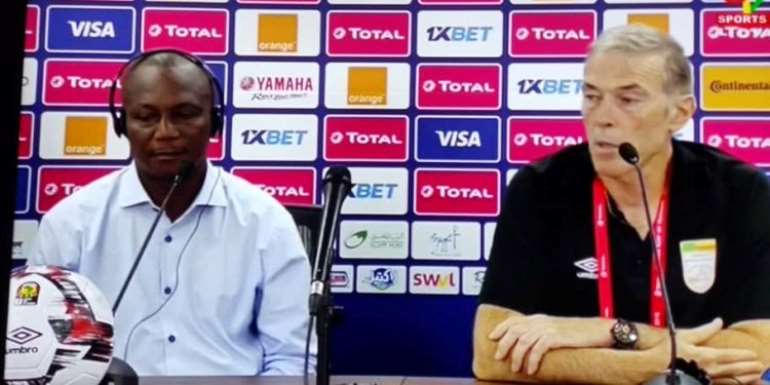 Head Coach of the Black Stars, James Kwasi Appiah, has attributed Ghana’s 2-2 draw against to lack of concentration on the part of these players in the ongoing Africa Cup of Nations in Egypt.

Ghana were held to a 2-2 draw against Benin at the Ismailia Stadium.

A brace from Micheal Poke and a goal each from Andre Ayew and Jordan Ayew ensured the two sides shared spoils in the epic clash.

Addressing the media after the game, Appiah said the Black Stars failed to win the game because of lack of concentration.

“It was a good game. We didn’t concentrate on the first half. In the second half, it was hard to play with 10 players”, Coach Appiah mentioned.

Ghana will play defending Champions Cameroun in their next game in the ongoing tournament in Egypt.