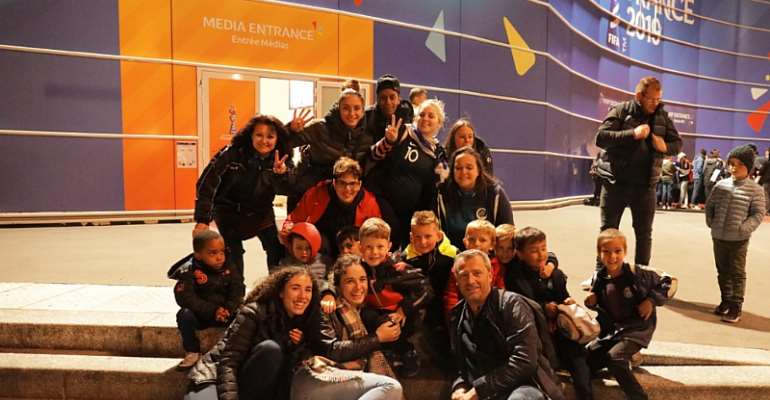 The 2019 Women's World Cup seems to be creating a positive impact, as desired by FIFA and the Local Organizing Committee. International football journalist Angela Akua Asante is in France covering the tournament.

The former French-speaking Ghana-based BBC Afrique correspondent has been intrigued by the scores of young boys and older men confessing their love for the Women's Game.

Triple A went on a mission to explore this curious case. Episode 3 of her "Fabulous France" series tells the story of how the host country's national women's football team, Les Bleues, are generously receiving support from both male and female fans of all ages and backgrounds as gender equality awareness rises in France.

Meanwhile, there are no African countries left at the on-going Women's World Cup as the quarter-finals are made of Norway vs England, France vs USA, Italy vs Netherlands and Germany vs Sweden pairings.

Rounding up the tournament so far, Episode 3 of "Fabulous France with Triple A" looks back at Nigeria's disqualified Super Falcons and features "Issa Player" song composer, Sharon Ivie.

The 18-minute show also touches on the very controversial VAR. Plus, watch highlights of gender-neutral street football "made in France" and more: