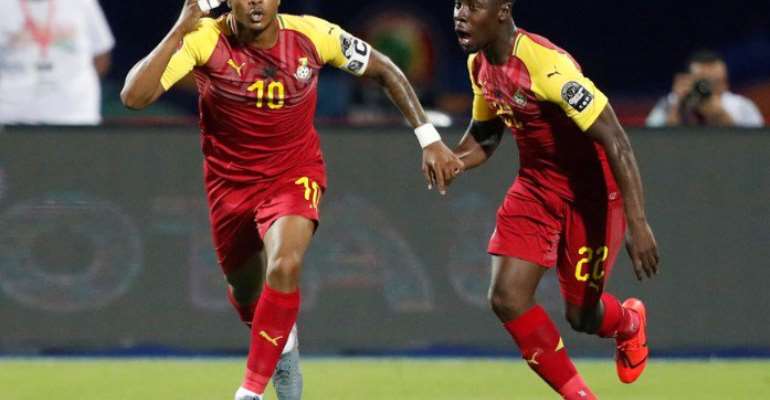 Captain for the Black Stars, Ander Dede Ayew has set a new record after scoring against Benin on Monday evening to become Ghana’s all-time leading goal scorer at the Africa Cup of Nations (AFCON) tournament.

Ayew who has been to as many as 5 AFCON tournaments has now established himself as a big stage player who can deliver when his country needs him.

Ghana fell behind to Benin who took an early lead at the Ismailia Stadium though Mickael Pote in their opening match in the AFCON tournament. The joy of the Squirrels was however cut short when Dede Ayew scored on the 10th minute to restore parity for his side.

That important goal has taken his tally of goals at an AFCON tournament to 9, more than any other player in the country’s history.

The closest to him now is Asamoah Gyan (8 goals), Osei Kofi (7 goals), Abedi Pele, Wilberforce Mfum, and George Alhassan who all have 6 goals each.

Ayew’s new record has moved him up to 13th all-time goal scorer in the Africa Cup of Nations history.

The former u-20 world cup now has a total of 15 international goals for the West African Country.