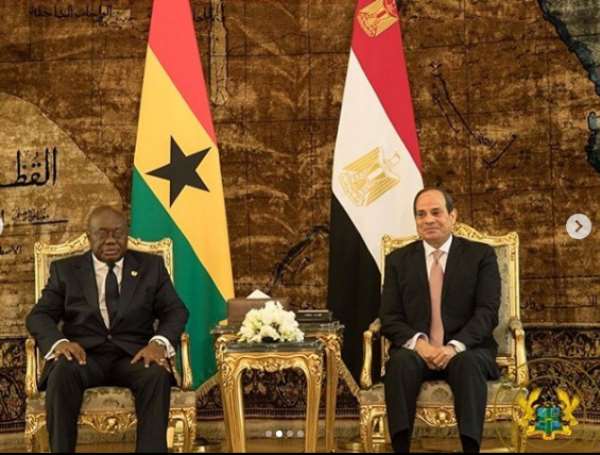 The President of the Republic of Ghana, His Excellency Nana Addo Dankwa Akufo-Addo has arrived in Egypt to watch the Black Stars opening match against Benin in the ongoing Africa Cup of Nations (AFCON) tournament.

It can be recalled that the first gentleman of the land assured the team when he met them at the Jubilee House earlier this month that he will be in Egypt to watch them play their first group match in the tournament.

Staying true to his word, President Nana Addo departed Ghana for the North African Country yesterday evening and has settled in after arriving safely.

On Tuesday morning, he is said to have held a fruitful meeting with the President of the Arab Republic of Egypt, His Excellency Abdel Fattah el-Sisi to strengthen the relationship between the two countries.

According to reports, President Nana Addo will visit the Black Stars at their hotel and give them some words of encouragement before they take on Benin at the Ismaily Stadium.

We'll not accept the 4% salary increment — Coalition agains...
40 minutes ago