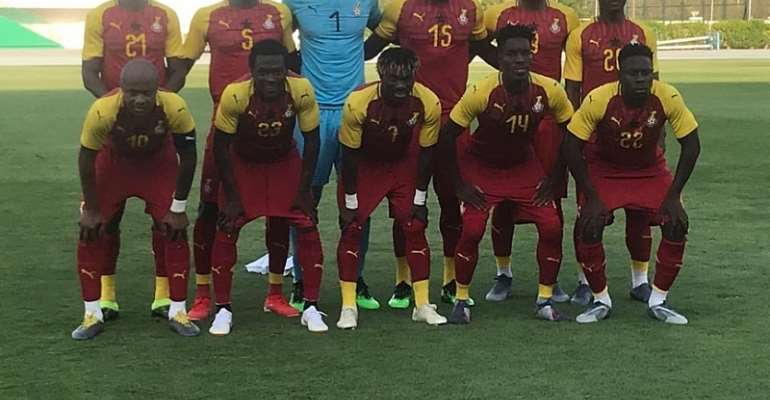 However, Kwadwo Asamoah and the country's all-time top scorer Asamoah Gyan will start from the bench.

Appiah has chosen Spain-based duo Mubarak Wakaso and Thomas Partey in the middle of the park.

Maritzburg United No.1 Richard Ofori has maintained his place between the sticks with Andy Yiadom as right back.

Agbeyenu start at left back ahead of Baba Rahman and the centre-back pair will be John Boye and Kasim Nuhu.

In-form winger Agyepong gets to start despite playing just nine matches on loan at Hibernian in the Scottish Premier League.

Also on the wings will be Christian Atsu who comes into the tournament after an impressive season with Newcastle United in the English Premier League.

The match will be played at the Ismailia Stadium at 20:00 GMT after the Group opener between Cameroon and Guinea Bissau.