AFCON 2019: You Can't Rule Out Asamoah Gyan In Any Tournament - Agyemang Badu 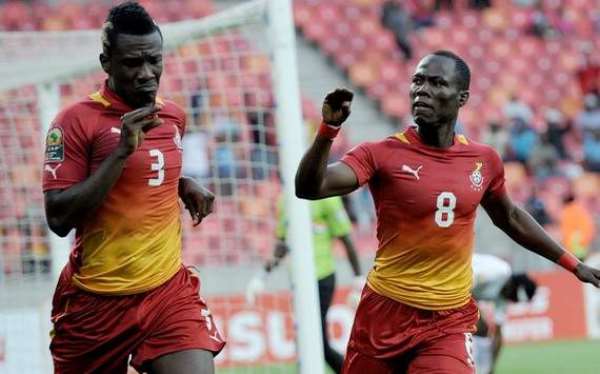 Ghana midfielder, Emmanuel Agyemang Badu beleives that Asamoah Gyan cannot be ruled out in any tournament should he stay fit.

The Kaysersipor forward has endured a torrid season in the Turkish SuperLig in the just ended season.

The 33-year-old has been named in Ghana's finals 23 man squad for the Africa Cup of Nations in Egypt.

However, many football enthusiasts believe that the former Sunderland and Liberty Professionals forward should not be starting ahead of the campaign but the Udinese Calcio midfield dynamo insists Gyan is always difficult to track him down and insisted he should not be ruled out in any tournament.

"I have played with Asamoah Gyan and everybody knows he has the qualities of a striker," he told Asempa FM.

"He [Asamoah Gyan] try to create spaces for attacking midfielders to score. Whether he starts in this tournament or not, we all know what he can do when he is given the opportunity to play.

"Should he play for 10, 20 or 30 minutes, Asamoah Gyan will always do something magical and for me, he cannot be ruled out in any tournament and I know he will also help the new players to flourish in the tournament," he added.

Ghana will play The Squirrels of Benin in their opening match today at the Ismailia Stadium at 20:00GMT.