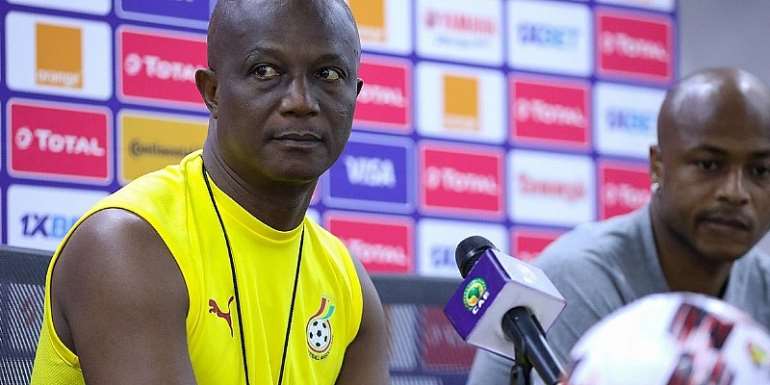 Head coach of the Black Stars, James Kwesi Appiah says he is confident about his side's scoring ability ahead of their Africa Cup of Nations opening game against Benin today.

The Black Stars are set to face the Squirrels at the Ismailia Stadium in Group F.

After failing to find the back of the net against South Africa and Namibia in friendlies played in United Arab Emirates, the team have been criticised for their lack of firepower up front.

They lost 1-0 to Namibia and settled for a 0-0 draw with South Africa during their pre-tournament camp in the United Arab Emirates.

"The scoreline in our two trial games are not that important. The most important thing is 'what have you done afterwards?" Appiah said at the pre-match conference on Monday.

"We have worked on that and hopefully we will see some goals.

"All the teams in our group are strong but the most important thing is preparing well to face them and that is what we have done.”

Benin return to the Afcon finals for the first time since 2010, and while Appiah is confident of a win, he won't underestimate their opponents.

"Modern football has changed and there is no way you can underrate any team," Appiah added.

"Every team is pushing but I believe in my players.

"I have full confidence in them and I know they will deliver.”

Ghana captain Andre Ayew also expressed optimism about their chances of surmounting Tuesday's hurdle and going on to rule the continent.

"I'm very confident because we are coming into the tournament with good preparations," said the forward, who spent last season on loan at Turkish outfit Fenerbahce.

"I have confidence in my team and that doesn't mean we are underrating any team.

"We will work hard and get results match after match."

Ayew's return to Egypt brings back a lot of good memories as he led Ghana to win the 2009 Fifa U-20 World Cup there.

“Things have changed and 10 years ago is 10 years ago, but I am happy to be back here and I hope we are able to do something," said the 29-year-old.

"We have prepared well and I think we can do greater things here.”

Ghana will face cup holders Cameroon on June 25 before wrapping up their group stage campaign against Guinea-Bissau on July 2.