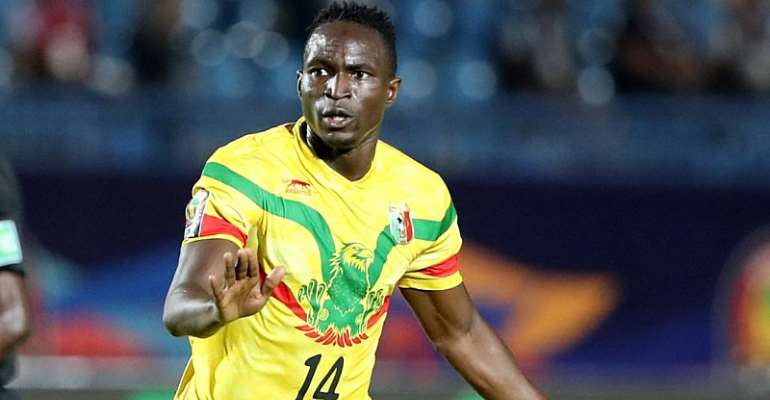 Africa Cup of Nations newcomers Mauritania endured a brutal introduction to the tournament on Monday night in Suez with a 4-1 thrashing at the hands of Mali. Abdoulaye Diaby gave Mali the lead in the 37th minute with a strike from outside the Mauritania penalty area.

Moussa Marega doubled the score on the stroke of half-time from the penalty spot after goalkeeper Brahim Souleymane had fouled Lassana Coulibaly.

The nightmare continued 10 minutes after the pause when Mauritania dabbled with intricacy while trying to work the ball from their penalty area into midfield. Mali stole possession and Adama Traoré rammed home the third.

El Hacen El Id pulled one back for Mauritania with a slickly taken penalty. But substitute Adama Traoré, who had replaced his namesake, got the fourth with a curling drive past a stranded Souleymane.

Chance
Mauritania have until Saturday to nurse their wounds. They play their second game in Group E against Angola who drew 1-1 draw with Tunisia in the early Group E game in Suez.

Youssef Msakni gave Tunisia the advantage during the first-half. Djalma levelled midway through the second period.

"Drawing was not satisfactory for us. We wanted to win our first match," said Tunisia midfielder Ferjani Sassi. "We were winning and had chances to add more goals, but did not take them. Tunisia were better than Angola but because of poor defending we conceded an equaliser."

Difficutlies
In Cairo, the 2015 champions Cote d'Ivoire edged past South Africa 1-0. Jonathan Kodjia was on target in the 64th minute at the Al Salam Stadium in Cairo where temperatures hit 37 Celsius, (98.6 Fahrenheit) in the first-half.

"It was a difficult match and the important thing for us was not to mess up the opening game," said Cote d'Ivoire coach Ibrahim Kamara. "We needed to start well in the competition and that's what we've done."

Stuart Baxter, his South Africa counterpart, said the Ivorians had deserved the victory.

"Because of the lack of strikes on goal we can't complain about losing the game,” said Baxter. “I thought the players put in a great performance and it's a great learning curve for us.”

South Africa have a chance to make amends for their vapid display when they take on Namibia on 28 June. Morocco will face Cote d'Ivoire on the same day also in Group D.

Anti-LGBT Bill: Let's be careful and not generate intense ha...
57 minutes ago