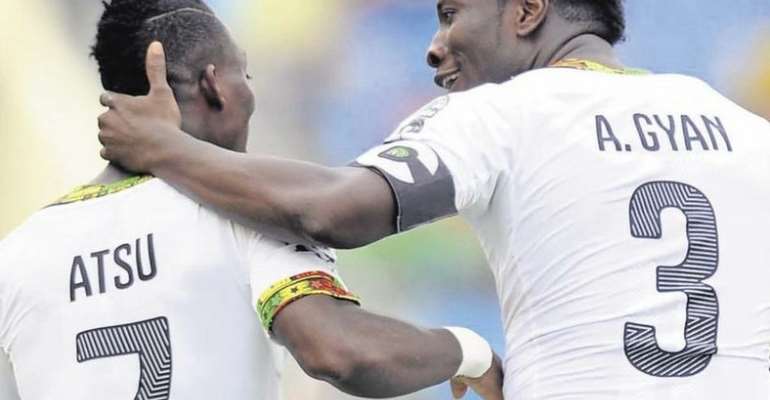 Ghana winger, Christian Atsu has hailed Asamoah Gyan describing him as the biggest character in the Black Stars team.

The Kayserispor forward is still key to Ghana's side as they seek to win the 2019 Africa Cup of Nations despite being stripped of his captain armband.

Gyan, who initially rescinded his retirement from the national team will be making his sixth Cup of Nations appearances.

The 33-year-old is still playing his part as an inspirational leader having been reassigned as the General captain of the Black Stars team.

However, the former Chelsea and FC Porto man claims the former Sunderland star and Ghana’s all-time top scorer is the major character in the Black Stars team.

“Asamoah Gyan, he is always cracking jokes, always dancing and he is the one who lifts the team always,” Christian Atsu tells BBC World Services Sports.

As the most experienced player in the Ghana team, the former Al Ain forward will be hoping to mark an end to his Black Stars career with a Cup of Nations title.

Ghana will play Benin on Tuesday at the Ismailia Stadium.