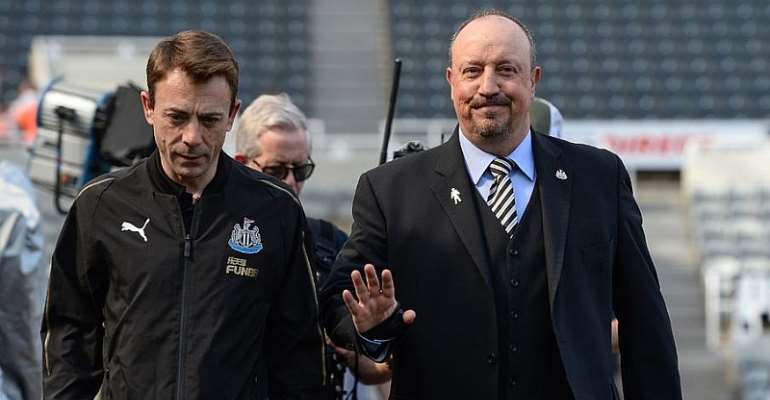 Rafael Benitez's three-year reign as Newcastle manager will come to an end next week after failing to agree terms on a new contract, the club confirmed on Monday.

Benitez was a hugely popular figure among the Newcastle support after stabilising the Magpies in the Premier League and the news is likely to spark more protests aimed at the club's owner Mike Ashley.

"It is with disappointment that we announce manager Rafael Benitez will leave Newcastle United upon the expiry of his contract on 30th June 2019," Newcastle said in a statement.

"We have worked hard to extend Rafa’s contract over a significant period of time, however, it has not been - and will not be - possible to reach an agreement with Rafa and his representatives."

Despite failing to keep Newcastle in the top flight shortly after taking over in March 2016, Benitez earned hero status on Tyneside as he led Newcastle back to the Premier League at the first time of asking. He then comfortably secured survival by finishing 10th and 13th in the last two seasons.

However, the Spaniard did not hide his displeasure at the lack of backing he was afforded by Ashley and was believed to be seeking assurances over the budget he would have to work with before committing his future to the club.

"I have been trying to win titles everywhere, in different countries, and we have to have a team that can compete," the former Liverpool, Inter Milan and Real Madrid manager told Sky Sports in April.

"The city, the club, everyone in Newcastle is supporting the team so it's massive. I'm not saying £200m but doing a little bit more, doing the right things, we can compete against the teams that are now maybe between seventh and 12th. But we have to do things right."

Benitez, who won the Champions League when in charge of Liverpool in 2005, has been reportedly offered a contract worth £12 million-a-year at Chinese club Dalian Yifang.

British retail tycoon Ashley bought Newcastle in 2007 but has been a deeply unpopular figure among fans, largely due to a lack of investment in the playing squad that has seen the club relegated twice during his reign in charge.

The signing of Miguel Almiron from Atlanta United for £20 million in January finally broke a transfer record that had stood since Michael Owen's arrival at St James' Park from Real Madrid in 2005.

Last month representatives of Dubai-based Sheikh Khaled Bin Zayed Al Nahyan, a relative of Manchester City owner Sheikh Mansour, said they had "agreed terms" with Ashley for a potential takeover of the club.