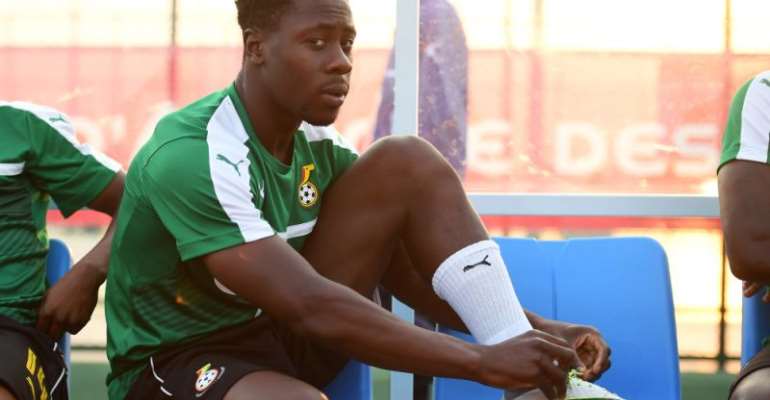 Andy Yiadom has cautioned his Black Stars teammates against complacency ahead of their AFCON 2019 opening game against Benin on Tuesday.

The 24-year-old in an interview with Reading’s official website said Ghana is in a really tough group which can only be surmounted if seriousness is attached to all the games.

“It’s a really tough group, in AFCON you can’t take anything for granted, there’s no easy game in this tournament.

“With Cameroon especially, they won it last year and they’ve got a really good squad this time.

“We’ve got a really good squad too, with players who are doing it in leagues all across Europe and playing well.

“People are expecting us to do well, and we want to do the best we can in the tournament. It’s a great experience for me and I’ll want to do my best before coming back to Reading.”

Yiadom played 90 minutes in a pre-tournament friendly against South Africa last week and has been keeping himself in peak condition on Ghana’s training camp in Dubai ahead of the tournament.

On South Africa and the challenges of the tournament, he said: “It was a good game, I can’t remember the last time I played 90 minutes in this kind of heat, but it was a tough test, we’re preparing to play in this type of weather in Egypt.

“We’re training at 5.30pm but the sun is still out, it’s still hot but we’ll have to get used to it and we’re working hard to get ready for the group.

“I had a week off, but I kept on top of my fitness, I didn’t want to let my standards slip and be behind when we started training for the tournament.

“It was a good season on a personal level at Reading, we managed to stay up which was the most important thing, and to get to play at AFCON is great too.

“When I was at Barnet three years ago, I was just looking to play well and hopefully get a move, but I didn’t think anything like this would be happening so soon. But it’s not over, I’m still looking to improve and contribute for Ghana.

First up for Yiadom and Black Stars will be a test against Benin on Tuesday, before facing reigning champions, Cameroon and Guinea-Bissau in the group stages.