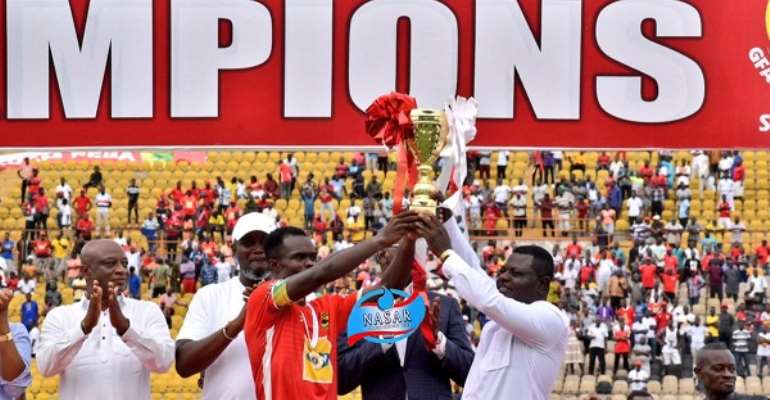 Kumasi Asante Kotoko has secured qualification to play in the next edition of the CAF Champions League after emerging as the champions of the just ended tier 1 competition of the Ghana Football Association (GFA) Normalization Committee.

The Porcupine Warriors made history on Sunday afternoon as they dispatched Anyinase based Karela United in the finals of the tier 1 of the NC Special Competition.

The two teams locked horns at the Baba Yara Sports Stadium in a cracking encounter that ended 1-1 at the end of regulation time. In-form Abdul Fatawu scored from the penalty spot to cancel out Emmanuel Osei Baffuor’s goal for Karela United.

The game traveled into the penalties shootout where the Red Army managed to see off their opponent. They scored 4 of their kicks whiles the losers only managed to convert 1.

Per the regulations of the competition which started a couple of months ago, the victory means Kotoko will represent Ghana in the next edition of the CAF Champions League.

The GFA Normalization Committee confirmed the news in a congratulatory message on their official Twitter handle.

Meanwhile, the team is expected to receive a whopping sum of GH¢ 200,000 prize money.