Senegal and Algeria show credentials at Africa Cup of Nations 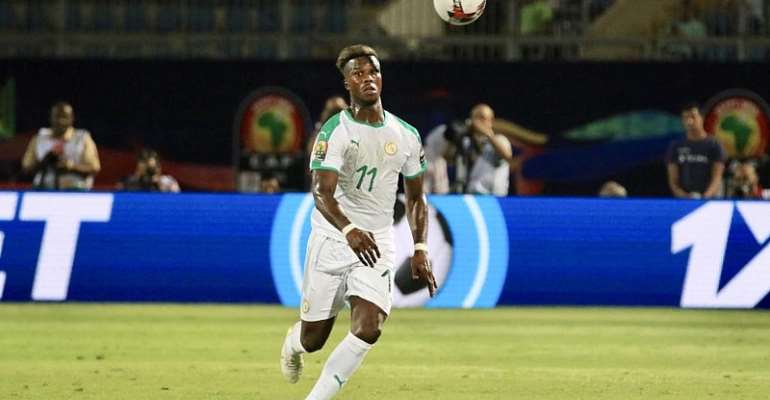 The east African outfits, with players plying their trade in relative backwaters such as Simba SC, Azam FC and ZESCO United, were no match for sides boasting men who turn out for many of the world's most illustrious teams such as Napoli, Inter Milan and Manchester City.

"We are not in the position to compete against Senegal based on the experience and the quality of this team," admitted Tanzania boss Emmanuel Amunike. "We made a lot of mistakes especially in the first half and we were naive."

Senegal, missing skipper and star striker Sadio Mané, had too much firepower and nous for Tanzania.

Aliou Cissé's men carved out a couple of good chances in the opening exchanges at the 30 June Stadium in Cairo.

Keita Balde eventually made the breakthrough in the 28th minute after being set up by Idrissa Gana Gueye.

Superior
Tanzania were fortunate to be only 1-0 down at half time. Any hopes of an unlikely draw were effectively ended in the 64th when Kreppin Diata thrashed home from the edge of the box following John Bocco's botched clearance of Balde's corner kick.

"I'm happy with the result,” said Cissé. “The first game is always important. Everyone in the tournament is up for it. I have to congratulate the boys. They stuck to the game plan and philosophy. It's good for the morale and for what comes next."

That assignment will be on 27 June against Algeria who eased their way into the competition with a 2-0 stroll against Kenya.

Baghad Bounedjah opened the scoring from the penalty spot in the 34th minute after Dennis Odhiambo Omino felled Youcef Attal.

Riyad Mahrez's drive took a deflection to notch up Algeria's second on the stroke of half-time.

From then it was a case of damage limitation for the Kenyans who kept the scoreline respectable without ever threatening a response.

The 26-year-old substitute headed Hakim Ziyech's free-kick into his own net seconds after conceding the foul.

"I am so proud of my boys for the way they executed our tactics," said Namibia coach Ricardo Mannetti. "Sometimes the game plan may not be nice to watch but I was up against very experienced coach and a very experienced team.

"I had to comfort my players, especially the one who scored the own goal."