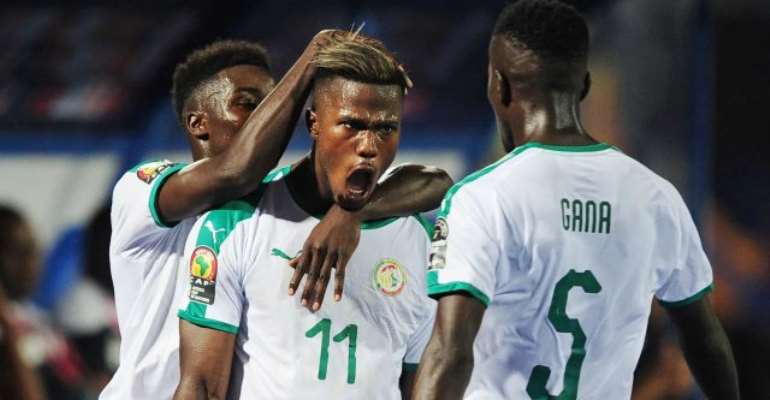 Tournament favourites Senegal got their 2019 Africa Cup of Nations campaign off to the perfect start with a 2-0 win over Tanzania at 30 June Stadium in Cairo on Sunday.

Keita Baldé and Krépin Diatta were on target for the Teranga Lions who were without the suspended Sadio Mane for the clash in the Egyptian capital. Victory moves the West African's top of Group C ahead of Algeria and Kenya's tussle at the same venue later this evening.

Senegal should've opened the scoring as early as the third minute, but having burst through on goal following a mistake in midfield from Tanzania, M'Baye Niang failed to beat Aishi Manula who pulled off a superb save.

The forward had another chance three minutes later, but the burly marksman could only succeed in troubling the side-netting with the goal at his mercy.

Senegal suffered an injury blow in the 24th minute as Salif Sane was ultimately forced from the field with a leg injury, resulting in the introduction of Cheikhou Kouyaté who joined Kalidou Koulibaly at the heart of the Senegalese defence.

Senegal thought they had doubled their lead soon after through Ismaila Sarr, but the referee cancelled out the strike following a handball by Kouyaté during the build-up.

The Teranga Lions continued to dominate proceedings following the halftime break and duly doubled their lead in the 64th minute.

Diatta stamping home Senegal's authority with a crisp half-volley that flew into the back of the net in the blink-of-an-eye.

To their credit, Tanzania ended the game strongly, but were ultimately well beaten by a far superior side as the two teams now turn their attention to Algeria and Kenya respectively in what will be their second group fixture in four days time.