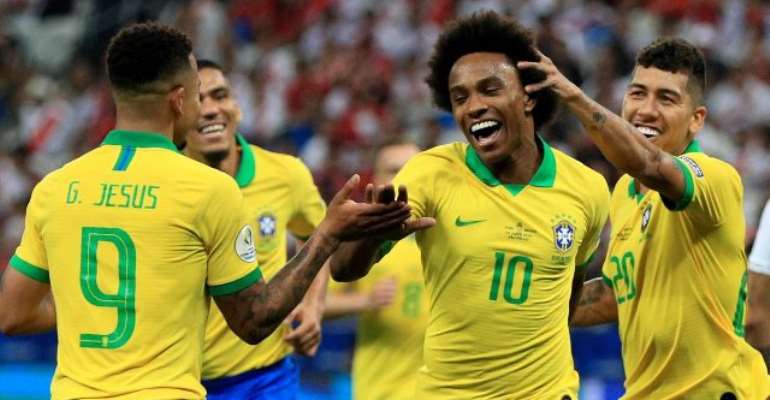 Brazil overwhelmed Peru with three goals in a superb first half to set up a crushing 5-0 victory on Saturday and cruise into the Copa America quarter-finals.

Looking like their imperious old selves, the host nation went ahead after 12 minutes when Casemiro was on hand to nod home after a goalmouth scramble and Roberto Firmino made it two seven minutes later after keeper Pedro Gallese made a hash of his kick.

Winger Everton’s low shot sneaked inside Gallese’s near post to make it 3-0 on 32 minutes and Dani Alves made it 4-0 when he finished off a nice team goal eight minutes into the second period.

Substitute Willian made it five with a strike from outside the box in the 90th minute.

The result, combined with Venezuela’s 3-1 win over Bolivia, means the hosts top Group A and will play one of the two third-placed teams at the Gremio arena on Thursday.

Second-placed Venezuela will face the second team in Group B on Friday at the Maracana stadium in Rio de Janeiro, while Peru must wait to see if their four points are enough to earn them a place as one of the two best third-placed sides.