Mixed fortunes for underdogs at Africa Cup of Nations 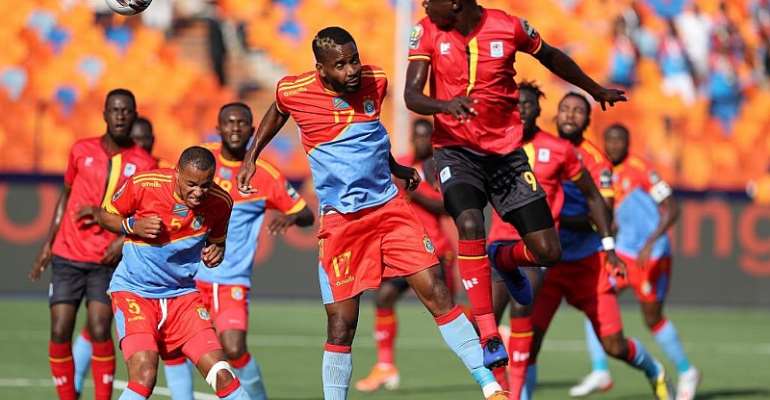 Uganda registered their first win at the Africa Cup of Nations for more than four decades with a 2-0 victory over Democratic Republic of Congo to take the lead of Group A. Patrick Kaddu and Emmanuel Okwi scored in each half for Uganda at a deserted Cairo International Stadium.

On 21 June, more than 70,000 people packed into the venue for the opening game of the hosts Egypt against Zimbabwe.

Less than 24 hours later, barely a thousand were dotted around the vast arena.

“We played a quality team,” said Uganda skipper Denis Onyango. “And fortunately we took out chances and they didn't take theirs.”

The Ugandans next play Zimabawe on 26 June at the Cairo International Stadium.

“We don't want to play against Egypt in the last game looking for something because they'll have their fans behind them," added Onyango. "But we know it will be tough against Zimbabwe. They are a strong team going forward and at the back.”

DRC coach Florent Ibenga instantly wrote off the game as a non performance. His lead striker Yannick Bolassie added: “We didn't test them enough. We had maybe one or two shots on target. We lost and we've got to look to the game against Egypt.”

Chance
A defeat on Wednesday might not end DRC's participation in the tournament. With the event expanded from 16 to 24 teams, the four best third-placed teams from the six groups advance to the last 16.

In the 16 side format, the top two from the four groups progressed to the last eight.

“A game against Egypt is something you want to be part of," said Bolassie. "It will be in front of a full stadium. You've got to relish these challenges.”

In Group B on Saturday night, Nigeria began their campaign with a 1-0 success over tournament debutants Burundi.

Odion Ighalo struck in the 77th minute shortly after coming on as a substitute.

In the same group, Guinea dominated the other newcomers Madagascar in the first half. But they only had Sory Kaba's goal to show for their superiority.

Any hopes of a second half stroll were dashed four minutes after the restart. Despite being well marshalled Anicet Abel nodded in the equalizer from a corner. And six minutes later, Carolus Andriamahitsinoro beat the offside trap to give Madagascar the lead.

That advantage only lasted for 11 minutes. Romaine Metanmire felled Ibrahima Traoré inside the penalty area and François Kamano made it 2-2.

The newcomers meet on 27 June in Alexandria while Guinea face Nigeria a day earlier.