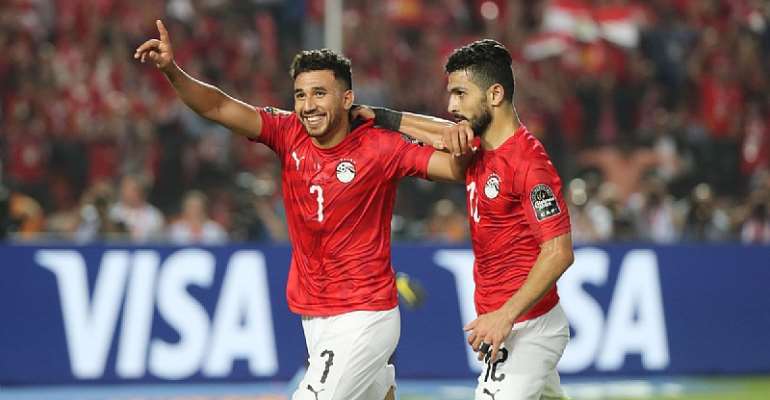 The Pharaohs of Egypt started off their campaign in the 2019 Africa Cup of Nations (AFCON) tournament with a 1-0 victory over the Warriors of Zimbabwe courtesy a solitary strike from winger Trezeguet at the Cairo International Stadium on Friday evening.

The match which followed a colourful opening ceremony at the same stadium somewhat lived up to expectations though it did not produce many goals.

Early dominance from the host nation could not yield any fruitful result despite attracting some cheers from the homes crowd. Having allowed the Warriors of Zimbabwe to come into the game, frustration started to set in resulting multiple offenses from the Egyptians.

Five minutes to end the first half however, an impressive display from defender Ayman Ashraf and winger Trezeguet produced the first goal of the 2019 AFCON. Trezeguet finished off a well-worked interplay before slotting the ball into the back of the net.

Having kept their momentum in the second half, Egypt failed to add to their lead from the first half. An eventful second 45 minutes saw both sides squandering some decent chances, with Zimbabwean goalie Sibanda forced to come off due to a hand injury.

The match eventually ended with the host nation safely guarding their one-goal lead.

We'll not accept the 4% salary increment — Coalition agains...
20 minutes ago