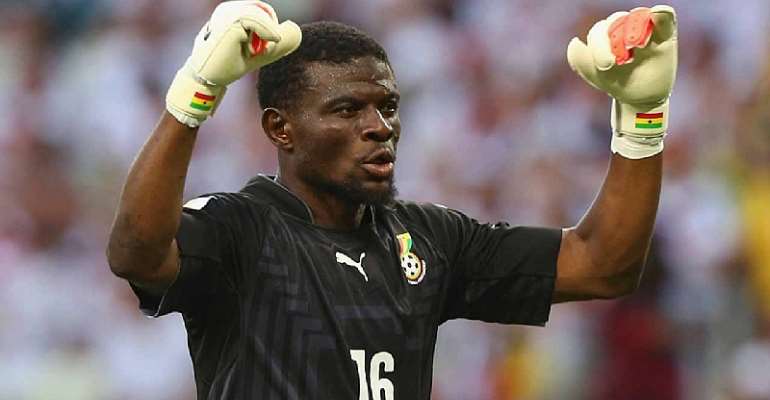 Ghanaian goalkeeper, Abdul Fatawu Dadua has reiterated that Ghana’s Africa Cup of Nation (AFCON) title drought could be over this year.

The Black Stars last won the continental trophy in 1982 and have attempted on several times winning Africa's finest tournament but have proved unsuccessful as their best in the tournament was to finish thrice as runners up in 1992, 2010 and 2015.

This has increased Ghanaians thirst for the national team to lay hands on the trophy again and to add to their previous four-time winning the achievement.

But the Enyimba short stopper is convinced the cup would not elude his former teammates who go to battle in Egypt with 23 other countries for the trophy this time around.

In a video posted on twitter to wish the Stars well, the 34-year-old said with Allah on the side of Ghana, he was sure they will surely bring the trophy home.

“I am optimistic that you will be coming home with the cup and with Allah on your side all shall be well”-he said.

In his conviction, the former Ashgold goalie also called on Ghanaian to rally behind the team to ensure they return with the trophy.

“I urge Ghanaians to rally behind the team in other to boost the morale of the players”- he added.

Dauda was in the Ghana national team squad during the 2008 Africa Cup of Nations, was the first choice keeper during the 2013 AFCON in South Africa and kept the post for Ghana during the 2014 World Cup in Brazil.