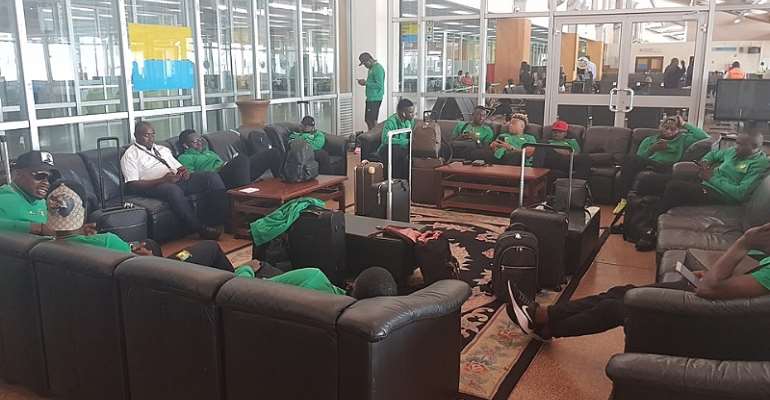 The players on Thursday refused to board a plane bound for the continent's showpiece biennial tournament in Egypt.

After that refusal, Kombi presided over an overnight meeting with some senior players and their representatives after which the Cameroonian football federation (Fecafoot) agreed an additional bonus of €7,600 per player.

Each player had already received a payment of €30, 489 from the government.

"We hope that the players who asked to be heard will accept to set off in the day," a source close to the sports ministry told AFP.

Reigning champions Cameroon were originally selected as hosts of this year's tournament, before being stripped of the right due to delays in preparation.

However, the Cameroonian youth and sports also confirmed the departure of the team on his official Facebook page.

"On the way to Egypt with the Indomitable Lions," Cameroonian Sports Minister Narcisse Mouelle Kombi wrote on Facebook, alongside several photographs of the players at Yaounde airport.

Cameroon kick off their campaign against Guinea-Bissau on Tuesday, with Ghana and Benin making up Group F.