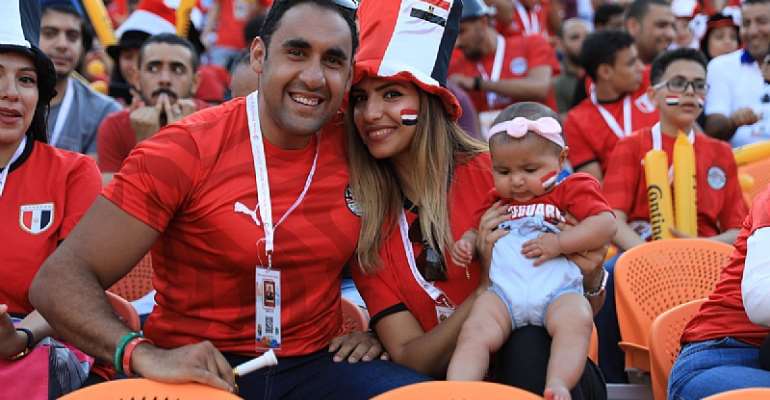 The Cairo International Stadium -"Stad El Qahira El Dawly”- is already packed and charged ahead of the 2019 Africa Cup of Nations (AFCON) opening ceremony this evening.

All is set as Egypt and the rest of Africa await the start of this year’s AFCON. The opening ceremony is upon and will serve as the curtain raiser for the expanded 24 nations tournament.

The Cairo International Stadium which has a capacity of 75,000 is will surely be full with most of the spectators expected to be Egyptians and in their nationals colours as they prepare to cheer on their team.

The various arrangements are almost done with the musicians slated to perform at the opening ceremony all set to take to mount the stage. Nigerian Legend, Femi Kuti will lead the charge alongside Hakim from Nigeria, and Dobet Gnahoré from Cote d’Ivoire.

The trio will perform the official 2019 AFCON song, “Metgamaeen” (We Are Together) produced by Synergy.

The ceremony will start at 18:00GMT and will be followed by the opening match of the tournament between Egypt and Zimbabwe at 20:00GMT.