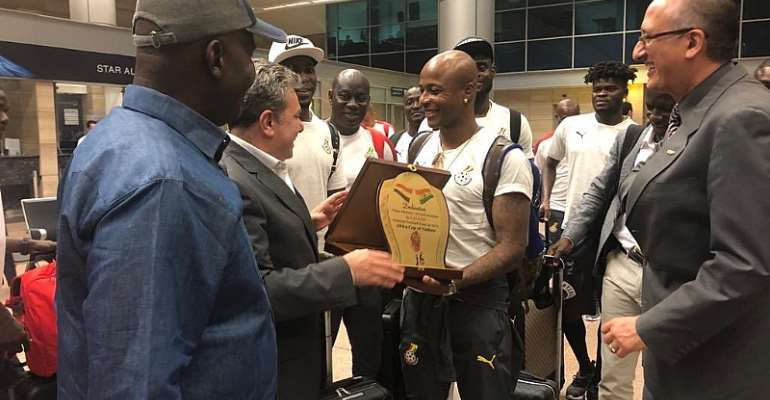 The Black Stars of Ghana have safely arrived in Cairo for the 2019 Africa Cup of Nations which starts today.

Ghana on Friday left their base in Dubai for Cairo for the tournament.

The team was met by the Local Organizing Committee of the tournament at the Cairo International Airport.

The team wrapped up their camping with a friendly match against the Bafana Bafana of South Africa which ended in a goalless draw.

They are expected to stage a stupendous outing at the tournament as they seek to lift the trophy this year after 37-years of trying without success.

The four-time African champions will open their Group F fixture against Benin on June 25, play title holders Cameroun on June 29 and wrap it up with a game against Guinea-Bissau on July 2.

Host country, Egypt will play Zimbabwe in the opener.

Ghana will be based in Ismailia for the tournament.

Akufo-Addo commences process to remove Anin-Yeboah over $5m ...
28 minutes ago