AFCON 2019: Cameroon Refuse To Travel To Egypt For AFCON Over Unresolved Winning Bonuses 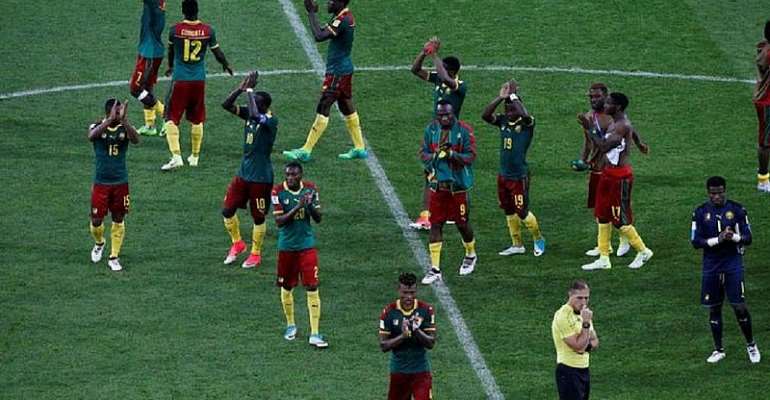 With less than 24 hours to the start of the 2019 Africa Cup of Nations, Cameroon players have refused to travel to Egypt for the tournament due to unresolved bonuses.

According to Caf rules, every team participating in the tournament are supposed to have arrived in Egypt on Friday morning.

The 2019 Africa Cup of Nations (Afcon) kicks off on Friday night with a match between hosts Egypt and Zimbabwe.

However, the Cup holders are still at a hotel in their country’s capital city of Yaounde, waiting for more money.

According to reports, the players are protesting the bonuses offered to them by the Cameroon government.

The Clarence Seedorf led team had their sendoff at the Ahmadou Ahidjo Stadium on Thursday evening and were then set to depart for the airport. However, they chose to go to their Mont Febe hotel, according to state television station CRTV.

In an open letter to the general public, the players explained the following points:

1) Most of us paid fully or partially our air tickets from our clubs to the team’s camp for the Afcon preparations.

2) During camping in Madrid and Doha, no player, among the final 23 or the excluded 14, was paid participation premium.

3) Our camping in Doha, our trip to Yaounde and the eventual trip to Cairo were all sponsored by Qatar.

4) A presidential decree dating back to 2014 states that all bonuses, participation fees for friendly matches and camping must be paid to the players before the start of a major tournament like the Afcon.

5) We have even accepted a 25% slash in our regular bonuses ahead of the upcoming Afcon but unfortunately, they are not honouring this.

6) We deplore the poor communication between the players and football officials of this country.

7) This disorganisation led to the refusal of players like Joel Matip, Stephane Mbia and Nicolas Nkoulou to come to camp.

8) We wish that the future generation of players would not suffer a similar disregard as us and those who preceded us.

Signed by ALL 23 players.
Cameroon are in Group F alongside Ghana, Guinea Bissau and Benin.

Doctors threaten strike from October 1 over arrears
57 minutes ago