Zimbabwe step into the Salahsphere at Africa Cup of Nations 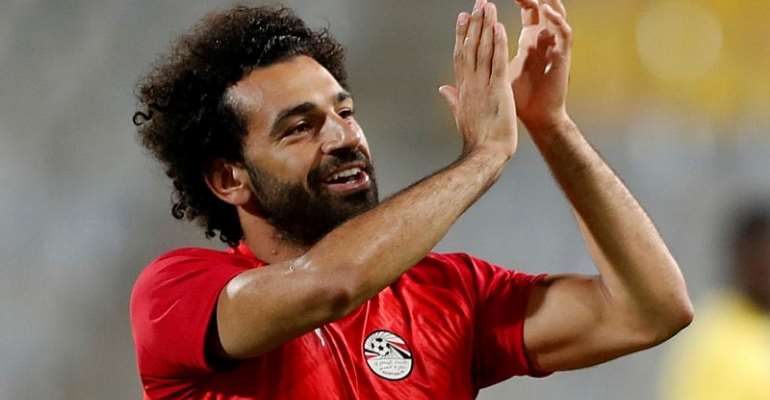 Zimbabwe start their second consecutive Africa Cup of Nations campaign on Friday as Group A underdogs with two distinct disadvantages – one in the shape of Egyptian goal machine Mo Salah, and the other in the Democratic Republic of Congo.

Zimbabwe face hosts Egypt in the frenzied cauldron masquerading as the Cairo International Stadium and their opponents boast in Mo Salah one of the most lethal weapons in world football.

The boy from Basyoun has blossomed into a superstar on the back of two spectacular years at Liverpool. He has scored goals galore and broken a plethora of club records.

More of Mo is expected for the national team as Egypt seek a record extending eighth continental title.

“Salah is one of the three best players in the world,” said Egypt skipper Ahmed Elmohamady on the eve of the clash against Zimbabwe. “This is a huge deal for the country and the Egyptian team.

“Salah being on any team will help them and be a great addition.”

Help
Two years ago his presence did not prevent Cameroon from upsetting the odds to beat Egypt 2-1 in the Cup of Nations final.

Salah's meagre contributions to Egypt's World Cup campaign in 2018 in Russia will be overlooked. He was still recovering from the shoulder injury suffered in a collision with Real Madrid's Sergio Ramos during the 2018 Champions League final.

There were no such setbacks in the 2019 final on 1 June. Salah scored Liverpool's first goal in their 2-0 win over Tottenham Hotspur.

Revered in the red part of Merseyside, adored throughout his homeland, the scourge of English and European defences should, in theory, have little trouble scything through a rear guard populated by men plying their trade at teams such as Power Dynamos in Zambia and the Welsh outfit CEFN Druids.

Chance
Zimbabwe might well need to call on the otherworld to help them turn over Egypt. On paper, they also face a tough challenge against the Democratic Republic of Congo. The clash against Uganda will be considered their biggest chance for a victory.

“Zimbabwe are the only underdog in the group,” skipper Knowledge Musonda told Cafonline. “But that in itself should give us motivation. We are going to Egypt to fight and give disappointment to other teams.

“We are working hard to correct the mistakes from the last tournament. We have enough experience and our initial target is to pass out of the group stages for the first time.”

With the four best third-placed teams progressing to a last 16 round to accommodate the expanded 24 team tournament, Musonda's aspirations could be realised. There will be permutations aplenty in the final pool games across the six groups.

However, with Mo on their side, Egypt's fans do not expect such tawdry last gasp scrabbling. They expect a passage to glory fit for the pharaohs of old.

“We play as one team,” added Elmohamady. “But having Salah with us is a positive thing and an important thing.”

Yes, skipper. All very true. But 90 odd million Egyptians desperately want it to be a winning thing.