CAF Exco Did Not Agree To Cede Control To FIFA Or Samoura, Says Tenga 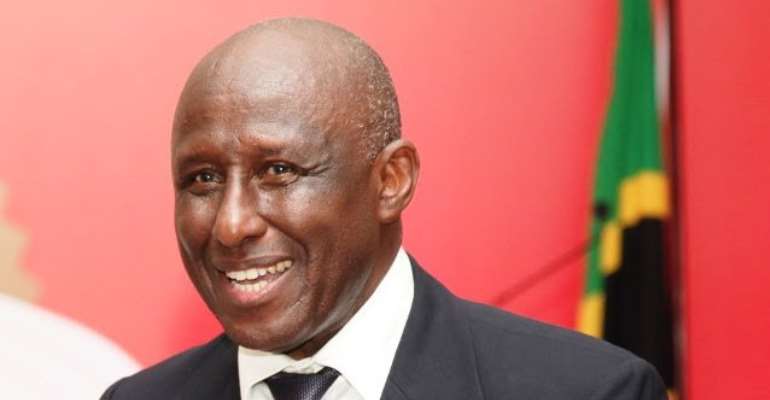 With barely a day after a June 20 joint declaration by FIFA and CAF – African football’s governing body – that there was “unanimous agreement” by CAF’s executive committee, to accept the direct involvement of the world body in Africa’s football affairs, a member of that committee says no such agreement exists.

Leodegar Tenga of Tanzania, the former President of the Football Association of Tanzania and a past president of CECAFA, the regional football association for East and Central Africa, says the leadership of CAF did not get the approval of its 22-man executive committee before agreeing to the appointment of FIFA Secretary General Fatma Samoura as ‘FIFA’s General Delegate for Africa’.

Under the agreement, which would initially last from 1 August 2019 to 31 January 2020, Samoura is “to oversee the operational management of CAF,” which would give her considerable – if not decisive – influence over the day-to-day operations of the body, while maintaining her role as FIFA Secretary General.

Tenga said that at Wednesday’s executive committee meeting, at the Cairo Marriott, the body did not reach any agreement on the appointment of Samoura, as deliberations about how to accept FIFA’s assistance, in reforming African football governance, were inconclusive.

“There is no doubt that at our Exco Meeting yesterday (Wednesday), we unanimously agreed that, in principle, we do agree to the cooperation between FIFA and CAF would lead to promoting integrity, ethical practice and FairPlay and eradicating corruption,” said the Tanzanian, in a private WhatsApp note to his exco colleagues.

“In other words, we fully support the cooperation that would lead to CAF adhering to the principles of good governance and enhanced efficiency.

“But we also agreed that Exco members would be given time to go through the proposed text and come up with the details of the cooperation,” Tenga said.

The former Tanzania international also revealed that the English-speaking members of the executive committee did not understand the French-language briefing documents given to them, as they do not have a working knowledge of the language.

“We, the English speakers [of the CAF exco] requested to be given the English version of the document and we were promised that it would be delivered to us soonest possible.

“Finally, it was agreed that the matter will be discussed at the forthcoming Exco Meeting (of 16th July, two days before the Ordinary General Assembly) where details and mode of cooperation would be sorted out.”

But Tenga tacitly accuses Ahmad, the CAF President, of railroading the executive committee into an agreement with FIFA without obtaining the required support of the exco of 20 men and two women and agreeing on a roadmap for the new FIFA relationship.

Ceferin, as a member of the FIFA Bureau, bluntly refused to support FIFA’s intervention into CAF’s day-to-day affairs. He expressed serious doubts about whether the CAF leadership was in full support of Infantino’s plans, a suspicion now justified, in the light of Tenga’s comments.

“When your teams contacted the UEFA administration in the late afternoon yesterday (19th June), to inform us that a letter on this issue would be sent to me within the next few hours, my staff asked for one thing: an official statement by the CAF Executive Committee to confirm, on behalf of their member associations, that they were willing to have the FIFA Secretary General become the FIFA General Delegate for Africa for a renewable six months period.

“Without this written confirmation, from the CAF Executive Committee, it is impossible for me to approve the proposal.”

The revelations of Tenga, who has demanded that an urgent session of the executive committee be called, before the scheduled July 16 date, in order to resolve the impasse, only illustrates the deep divisions within the body, as the 24-team Africa Cup of Nations begins on Friday.