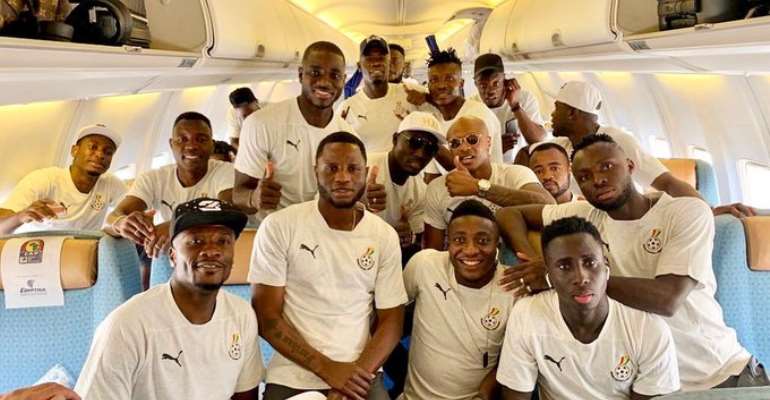 Black Stars defender Jonathan Mensah has called on Ghanaians to remember the team anytime they go on their knees and pray ahead of the Africa Cup of Nations Cup in Egypt.

The 32nd edition of the continent's biggest football event begins on Friday in Cairo, with hosts Egypt playing Zimbabwe at the Cairo International Stadium.

Ghana left their camping base in Dubai for Egypt on Friday morning ahead of the commencement of the tournament today and Mensah who is embarking on another AFCON tournament promises the team will go for the ultimate.

The Black Stars have been training in the United Emirates for almost three weeks and played two pre-AFCON friendlies against Namibia and South Africa.

Even though they lost to Namibia and drew with the Bafana Bafana of South Africa, the team is poised to end Ghana's 37-year wait for the AFCON title.

The Black Stars will be based in Ismailli, where they will play two of their group games before moving to Suez for another game.

Ghana has been drawn in Group F alongside Cameroon, Guinea Bissau and Benin.

W/R: Five wounded after residents of Ampatano and Kamfakrom ...
19 minutes ago