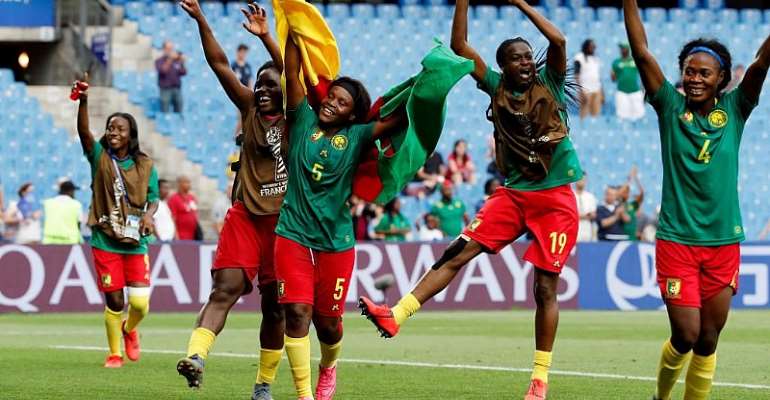 Ajara Nchout has fired Cameroon into the last 16 of the Women's World Cup with a dramatic late winner over New Zealand in Group E. The United States meanwhile made it three wins from three after they beat Sweden 2-0 to top Group F.

Nchout's 57th-minute opener in Montpellier was cancelled out by Aurelle Awona's own goal, leaving it at 1-1 as the regulation 90 minutes ended.

But it took just 10 seconds of added time for Nchout to hammer home her second, curling a shot into the net at the end of a slaloming run to give the Indomitable Lionesses the victory.

The late winner means Cameroon are certain to go through as one of the best third-placed sides, while New Zealand return home without a point

Elsewhere in Group E, defending European champions Netherlands sealed the top spot after beating Canada. They will meet Japan in the last 16.

USA dominates
The United States continue their world title defence when they meet Spain in Reims on Monday. Their 2-0 defeat of Sweden takes them to 18 goals for the tournament – breaking the 24-year-old record for the number of goals scored in the group stage, previously held by Norway.

Lindsey Horan opened the scoring when she tapped home Samantha Mewis' flick with two minutes on the clock, and Tobin Heath helped make sure of the points by firing past Hedvig Lindahl via a big deflection off Jonna Andersson four minutes after the break.

Andersson's own goal somehow survived a VAR check from referee Anastasia Pustovoytova despite substitute Carli Lloyd looking to be offside in the build-up.

However afterwards Lloyd claimed she hadn't seen the incident, with Heath saying that she would "take the goal" all the same.

Lloyd replaced star player Alex Morgan at half-time after the 29-year-old took a knock in the opening 45 minutes, but USA coach Jill Ellis was non-committal on whether she would be fit for Spain.

Lloyd replaced star player Alex Morgan at half-time after the 29-year-old took a knock in the opening 45 minutes, but USA coach Jill Ellis was non-committal on whether she would be fit for Spain.